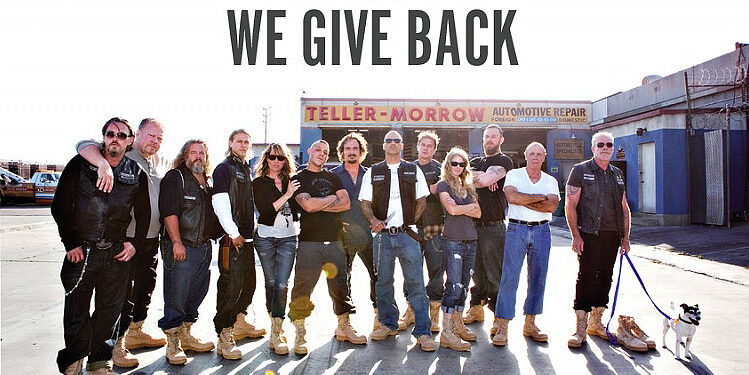 Sons of Anarchy is helping out a huge charity event called “The BootCampaign”. The Boot Campaign is all about showing support and appreciation for the American troops, both past and present. The Campaign also raises awareness of the challenges that the troops not only face during training and at war, but it helps people become more aware of the challenges that these heroes have after protecting their country; such as emotional, mental, and physical issues.

TV Fanatic is teaming up with FX and The Boot Campaign to help everyone become aware of this issue. We are asking you to sign up for The Boot Campaign’s Mailing List and complete a simple form. It does not cost anything to sign up, and additionally, along with supporting this great cause, your signup will enter you into a Sons of Anarchy contest, where the winner will receive:

Again, along with entering to win the prizes listed above, it takes less then 2 minutes to sign up for the Boot Campaign, and it is free of all charges.

TV Fanatic, Sons of Anarchy, and The Boot Campaign thanks you for your support.

Charlie Hunnam: Robert Pattinson didn’t speak to me during ‘The Lost City Of Z’

TVGuide: An Impromptu Wedding, Revenge and a Life-Altering Statement of Allegiance.