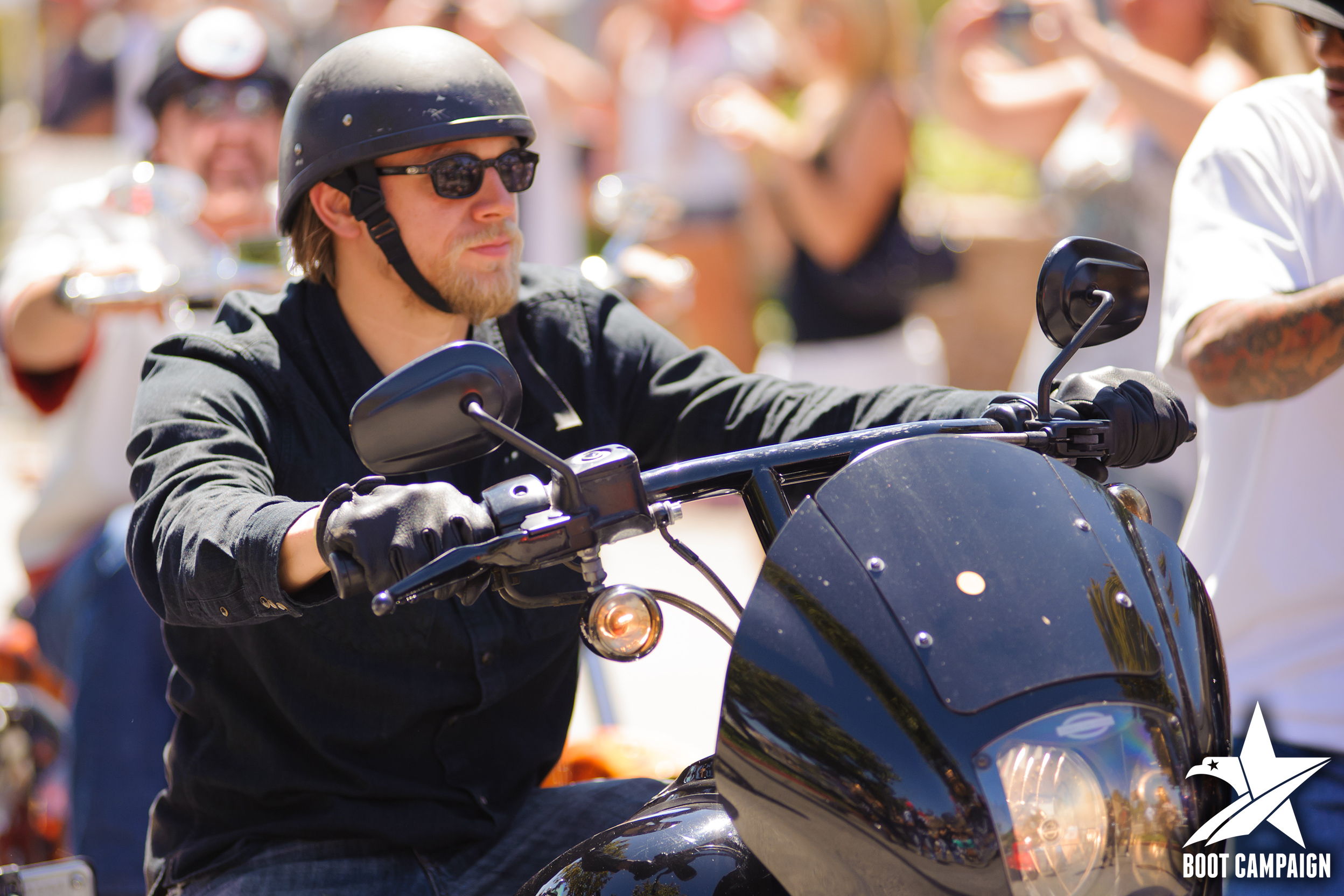 A big THANK YOU to The Boot Campaign for the additional photos and information from the event.

On Aug. 26, FX’s Sons of Anarchy cast led the morning motorcycle charity ride with 450 riders/300 passengers following behind as they traveled from Route 66 Classic Grill in Santa Clarita to Happy Endings bar in Hollywood.

· Proceeds from the ride and rally tickets purchased as well as on-site merchandise benefits The Boot Campaign, which looks to raise funds for military personnel returning home from combat.

· All ride and rally tickets were completely sold out by the Thursday prior to the event as the venue was already sold to complete capacity (1,400 rally attendees) – a huge leap from last year’s inaugural event
· The event celebrated Sons of Anarchy Season 4 on Blu-ray & DVD with a giant DVD promotional stand prominently placed on the red carpet and press line and the riders/passengers received the Blu-ray in their VIP rider packs.