Most actors who dine in West Hollywood delis don’t talk to beret-clad strangers.?

And they’re especially not likely to be listening to one of those strangers deliver disquisitions about wine. ?

Yet, improbably, there is Charlie Hunnam — snappily dressed Brit, gritty-as-dirt Jax from “Sons of Anarchy” — at Greenblatt’s, Westside promised land of whitefish and latkes and his regular haunt. He is turned to the table behind him, eagerly receiving oenophilic wisdom from an older man in colorful headgear.??

“I came back from being outside doing this,” the British actor said a moment later, pointing to a vaping implement, “and he was drinking wine right in the middle of the day. So I asked him some questions,” Hunnam added with a wouldn’t-you-do-the-same? shrug. “He knew a lot — it was really interesting.”

Then again, Hunnam has long headed his own way. Since he started getting leading film roles in the early 2000s — in “Nicholas Nickleby,” or as the snarling ringleader in the soccer-fan drama “Green Street Hooligans” — the actor, 37, has shown a maverick streak. A working-class Brit who as a kid devoured American films and literature. A heartthrob-in-waiting who eschews heartthrob roles. A Hollywood creature who openly criticizes the Hollywood machine.

But starting Friday, Hunnam’s fame could take on a new dimension: He’ll be seen on the big screen (really big, given the film’s 35 mm format) as the doomed British explorer Percy Fawcett in James Gray’s low-fi jungle-adventure “The Lost City of Z.” And next month, he’ll appear as the lead in Guy Ritchie’s “King Arthur: Legend of the Sword,” a stylish big-budget take on the 5th- and 6th-century English legend.

The two will show more of the under-the-radar-actor to the world, or at least the same aspects to more of the world. At a time of glib soundbites and Twitter fronting, Hunnam offers a refreshingly different kind of personality, a candid and considered soul seemingly trapped in a Hollywood-actor body. 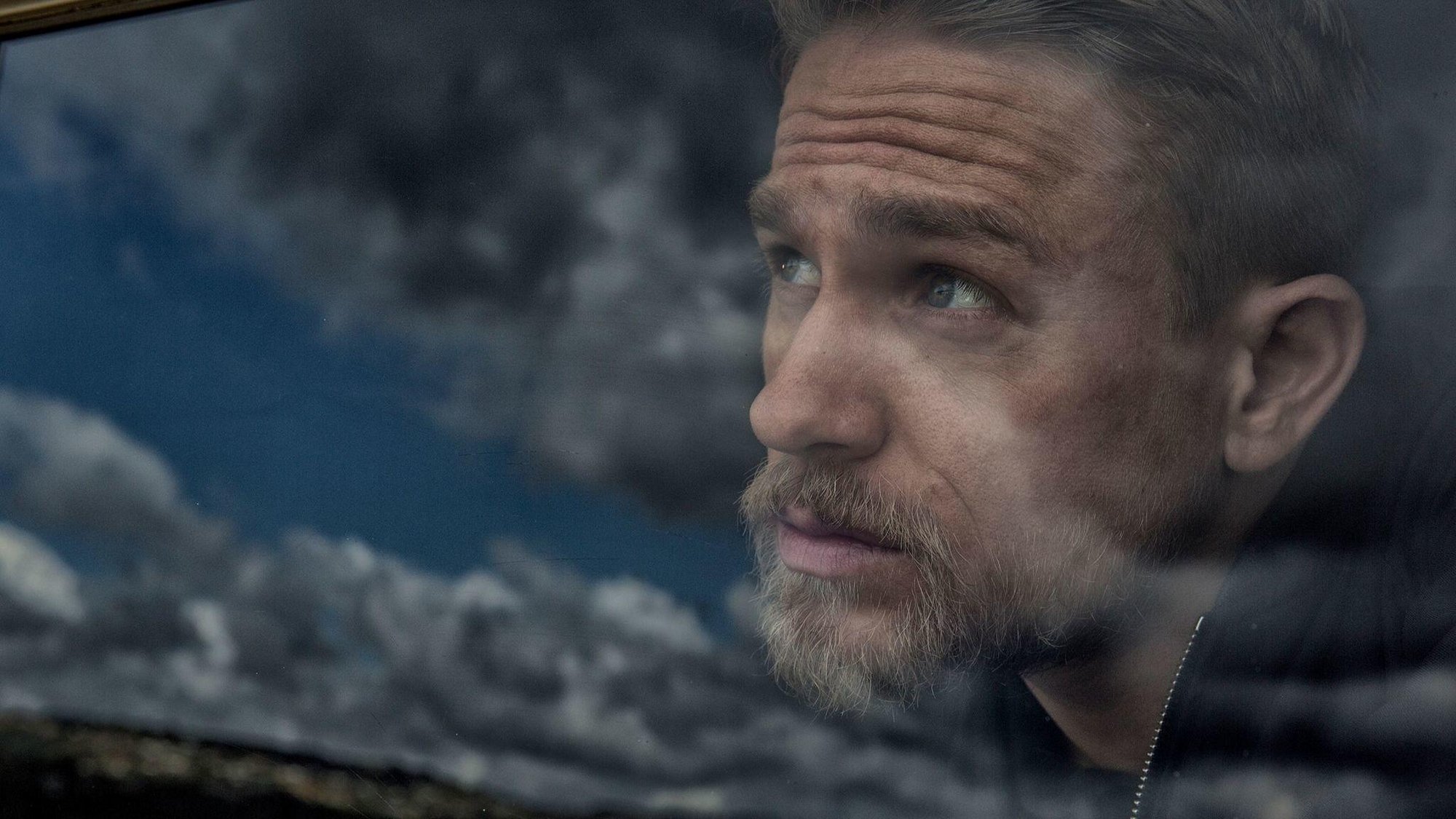 In “Lost City,” he plays the real-life Fawcett with a thoughtful, at times sullen, seriousness. The former artillery soldier made repeated trips to the Amazon in search of a community he believed was the remnants of El Dorado, eventually disappearing there with his son in 1925. As Hunnam conjures him from David Grann’s nonfiction bestseller, Fawcett was not the swashbuckling adventurer at the start of his quest, nor the stark-raving mad Kurtzian figure as it went on — instead, he was beset by the kind of quiet preoccupation that destroys and nourishes in equal measure.

“For me, Fawcett represents the search for meaning we all have — that terrible and wonderful and ordained quest,” Hunnam said. “He wasn’t finding any answers in society; he found life wholly unsatisfying. So it was this voice asking questions: ‘What are we doing, and what is this desperate dark hole and how do I fill it?’ Most of us fill it with total nonsense — with consumerism. And he thought this quest would help quiet that voice.”

Hunnam tends to answer questions with a pause, followed by a rush of words, an attempt to get across a truth unbothered by spin, as though by simply speaking quickly and eloquently he could ward off the dreaded curse of the talking point.

He also evinces a dark view glinted — slightly — with humor.

“I don’t pay much attention to what’s going on in the world. I really don’t. I suppose where it comes from is a deep sense of pessimism,” he said. “All the challenges we’re facing — the lack of water, overpopulation, climate change, social media.”

He waited the quickest poker-faced second to let the quip land, then continued, more gloomily: “I feel like we’re rapidly galloping toward an apocalypse — we’ve passed critical mass. I know it’s a morbid viewpoint. But I’m not melancholy. It’s just Trump or Brexit or whatever it is — what difference does it make? It’s hard to get invested in any of it.” Several times in the interview, he described feeling “existential and lost” at various life points. 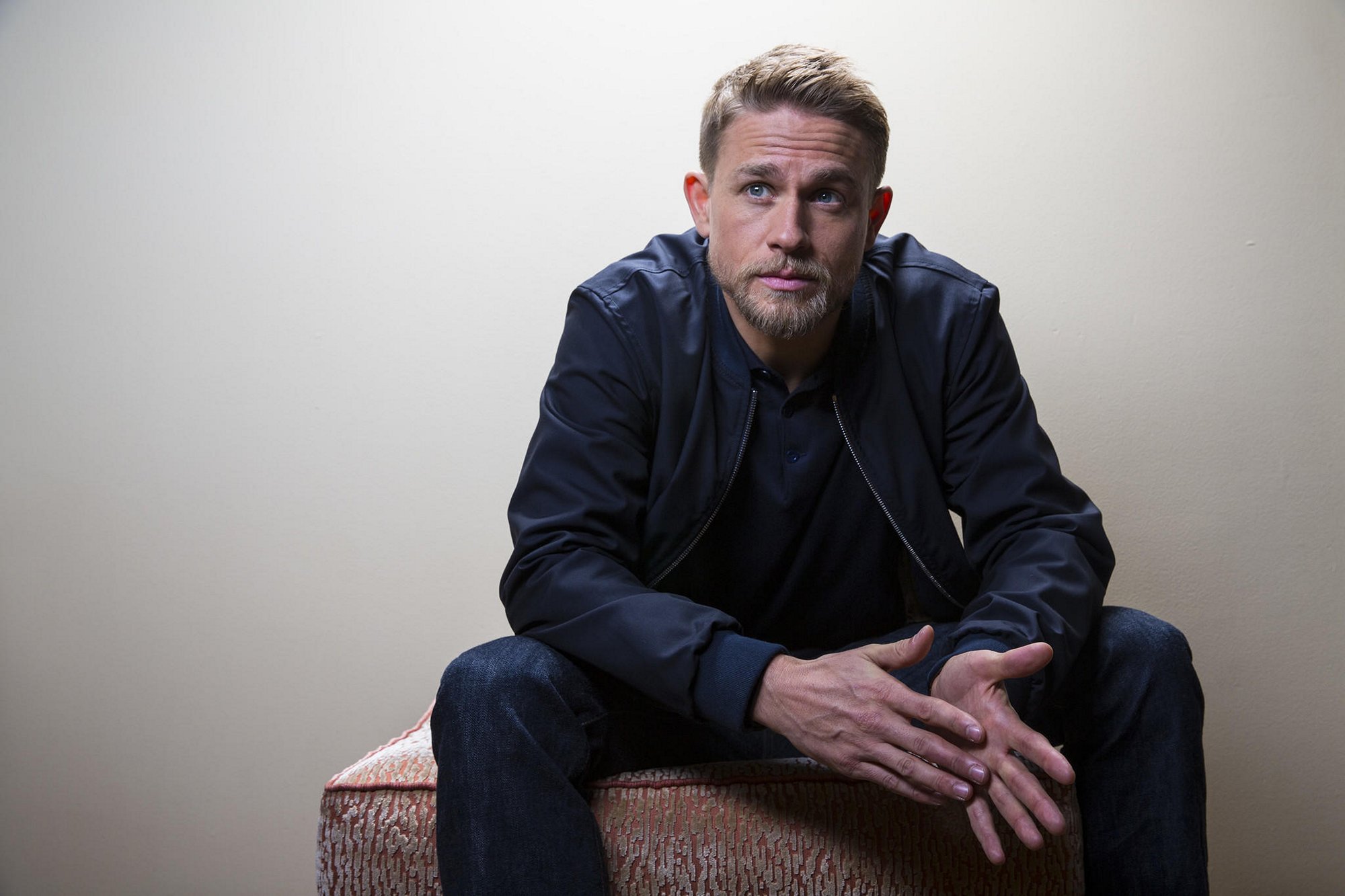 Hunnam, who now lives in Los Angeles, spent his early childhood in Newcastle, then moved with his mother and brothers to the rural Lake District. His parents divorced when he was young, and he maintained a worshipful attitude toward his father, a feared and gargantuan figure who had amassed a fortune in the at-times shady scrap-metal business.

Though no longer alive, the elder Hunnam looms large in the actor’s psyche — “a colossus who was incredibly well-respected and feared” in a place where popularity was measured by how much and how hard you fought. It was in part why young Charlie got into a lot of scraps as a teenager, even though he was interested in films more than fists.

The hardscrabble place also informed him in more overt ways.

“I was very conscious as a young man that people weren’t bringing forth the force of their lives — they weren’t bringing the desire of all they wanted to be. And it really struck and stayed with me.”

That class struggle, incidentally, also plays into Fawcett’s narrative: Coming from humble beginnings, the explorer fought against a gentry suspicious of lower-class outsiders.

“On my more confident days, I would draw parallels between his life and mine — what he was running from and toward, and the determination and indomitability year after year,” Hunnam said. “It struck me as a tragedy — one could put in all that sacrifice and discipline and hope only to be awarded with failure.

“Although I’ve enjoyed success in my career, I’ve also had to endure an enormous amount of failure too. Fawcett felt at home in the jungle because he didn’t feel at home anywhere else, the same way I only feel really at home on set. And when I got this role, I saw the parallels and also renewed hope — I realized it’s the best opportunity I ever got.”

Gray cast Hunnam after early attempts to place Brad Pitt and Benedict Cumberbatch in the film faltered. The director saw in Hunnam similarities to his out-to-prove-something character. “I couldn’t help feeling his life and Fawcett’s overlap,” Gray said. “You don’t keep saying, ‘This is a wonderful chance,’ as Charlie did, unless you think you haven’t had enough of them.”

Hunnam has indeed turned down as much as he’s accepted, and even he questions some of the movies he’s been in — perfectly respectable ones with top-flight directors, like Guillermo del Toro’s “Pacific Rim.” “It wasn’t something interesting creatively,” he said of the part. “I look back and can’t justify it. I shouldn’t have really been there.” He opted not to come back for the sequel.

Of his withdrawal from “Fifty Shades,” he cites a desire to, well, go his own way. “I had a slight worry that my aspiration for the role would be too much of an uphill struggle, that it should have existed more within the context of the book,” he said of the project, on which author E.L. James wielded much influence. “I realized I was trying to reinvent Christian Grey a bit too much. So I stepped aside.”

He’s also willing to question what the film publicity machine is for, in a way that goes beyond just the general reluctance at salesmanship many actors cop to.? He waves aside the idea, for instance, that “Lost City” was difficult to shoot. “There’s this sense out [there] that this was hardship. The idea for this came about after ‘The Revenant’; everyone wanted to tell that narrative. I think it’s a P.R. move. It wasn’t actually that hard.” He doesn’t have a publicist and seems unsure of whether he wants one.

He said this attitude comes from a childhood founded on authenticity. “When I read ‘Catcher in the Rye’ as a kid, I was influenced by that idea of not wanting to be phony.” He gestured outside to a larger, wealth- and consumption-minded industry. “You wonder what kind of evisceration Holden Caulfield would have for all this.”

Is there fallout from this career exactitude? Hunnam admits that some people have navigated “these [twin poles of art and commerce] more elegantly, Fassbender and Ryan Gosling and a million other examples.” 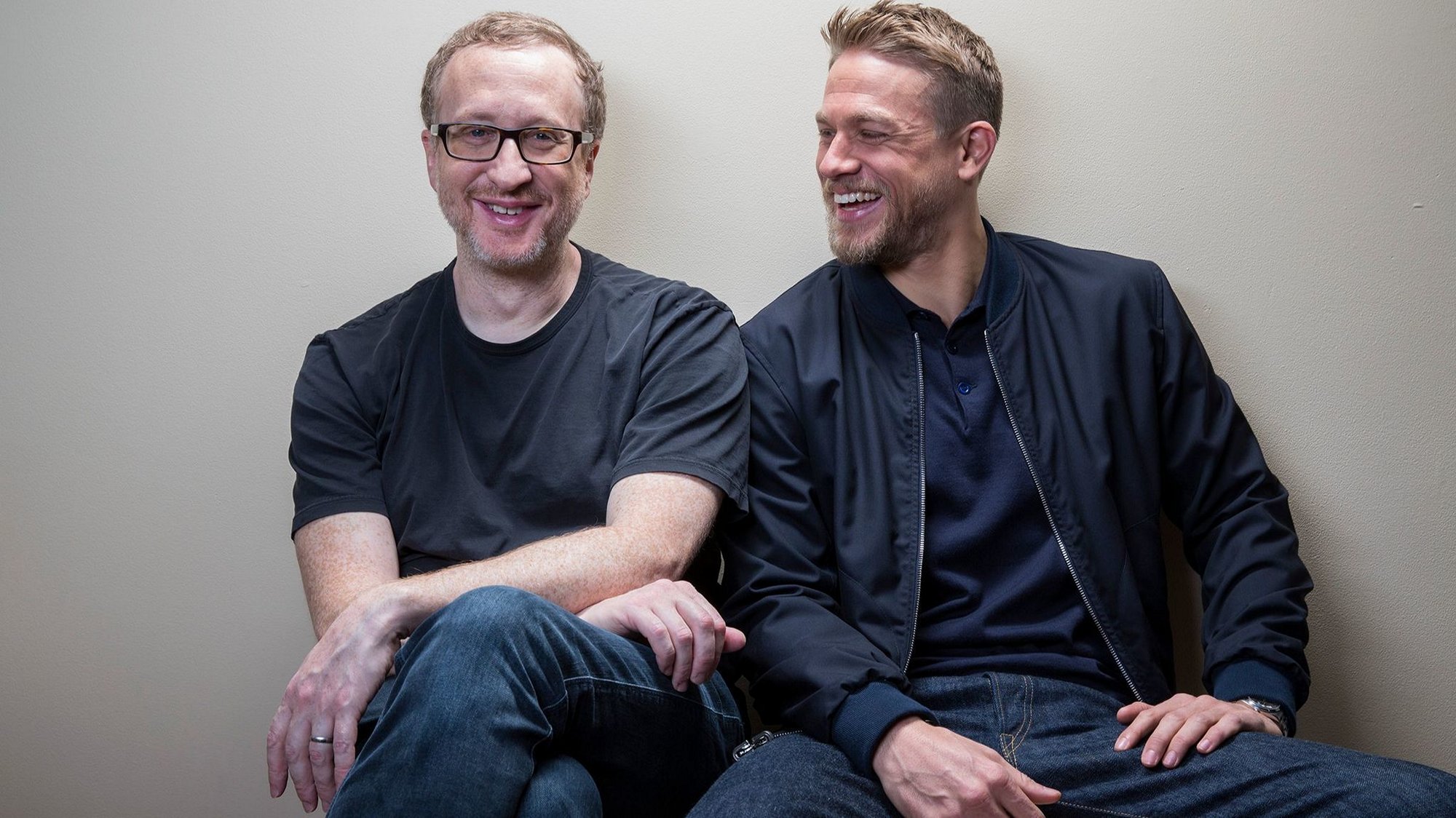 Gray said these traits should only help him. “Charlie is someone who’s tried to clear his system of noise, and that’s a good thing.” Then again, the director has at times in his career himself traded commercial success for artistic integrity.

Taylor Sheridan, the actor-turned-filmmaker who worked with Hunnam for years on “Anarchy,” said: “Charlie is kind of a throwback — an egoless artist who just cares about the acting.”

Hunnam appreciated the thought. “I wouldn’t compare my career to [that of] Daniel Day-Lewis — I have no illusions of grandeur — but I have always enjoyed how he approaches it: It’s all about the work, and when he’s not working, he disappears into obscurity.”

Hunnam has been writing too — historical scripts like “Vlad,” about Vlad the Impaler — and Sheridan expects him behind the camera before too long.

For now, salvation may lie in the right part. “Arthur,” for instance, which Hunnam said doesn’t feel like a “Pacific Rim” redux.

“The journey of that movie is someone who has to deal with internal demons at the same time as he does external challenges; he has to keep searching for meaning.” He stopped as he realized the connection. “It always comes down to meaning, doesn’t it?”

Exclusive Behind The Scenes on location for ‘King Arthur: Legend of the Sword’