Charlie was an in-studio guest on TODAY’s 3rd Hour where he spoke about ‘Shantaram’ and how playing a character based on a person who is living is very “intimidating.”

You can watch his interview below in case you missed it!

Charlie and his ‘Shantatam’ costar Shubham Saraf stopped by CTV’s Your Morning show today to discuss the show. You can watch the interview below:

ETOnline.com — Charlie Hunnam’s toying with the idea of life after death when it comes to the dangerously smart character he played in all seven seasons of Sons of Anarchy.

During the Los Angeles premiere for his new AppleTV+ series Shantaram, the ridiculously handsome 42-year-old actor opened up to ET’s Will Marfugi a bit — keyword, a bit — about the possible revival of Jackson “Jax” Teller in some way, shape or form. He recently said as much, and he acknowledged that speaking about it caused quite the commotion.

“Oh, did that get a little bit of traction,” quipped Hunnam. But when pressed on whether there’s a concrete idea or if reprising his role as Jax will come in a series or film, Hunnam played coy.

For what it’s worth, Hunnam says he still has one of the motorcycles he rode all those years on the hit FX show, which aired 92 episodes from 2008 to 2014.

“I have one of the Sons of Anarchy bikes,” Hunnam said. “I rode so hard for so long over that 10, 12-year period that I was riding all the time. I had a couple of close calls, and I just got a niggling voice in the back of my head saying, ‘Just take it easy for a minute,’ ya know? So, I put about five years where I’ve been riding so much but I’m starting to feel the urge to get back on the bike.” END_OF_DOCUMENT_TOKEN_TO_BE_REPLACED

As we previously announced Charlie was a guest on Jimmy Kimmel LIVE! yesterday to promote his new series ‘Shantaram’ which will stream exclusively on AppleTV+ and premieres October 14th.

In case you missed it you can check out his interview below:

I’ve added high quality photos of Charlie seen arriving at the studio before the show in addition to official stills and screen captures from his interview. You can view all those below and in our gallery now. 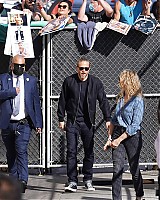 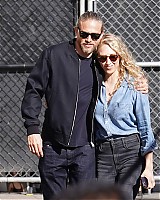 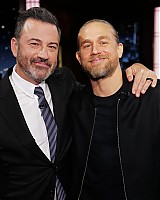 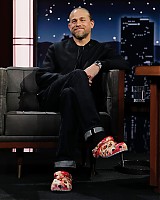 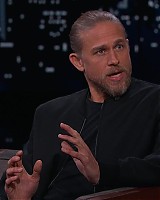 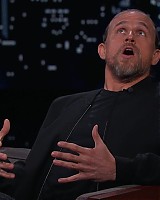 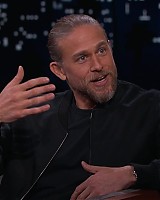 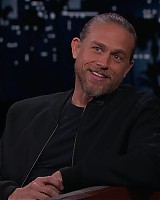