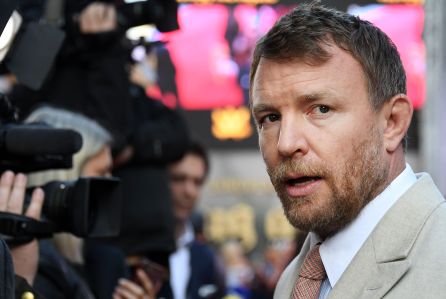 Deadline.com — In the biggest deal to emerge from the 2019 EFM, STX has finalized a deal for U.S. rights to Guy Ritchie’s Miramax pic Bush — formerly known as Toff Guys — for around $7M.

Multiple suitors were in the mix for the star-studded crime-comedy, whose cast includes Matthew McConaughey, Hugh Grant, Colin Farrell, Charlie Hunnam, Henry Golding and Michelle Dockery. The deal was in the works in Berlin and has just been completed.

While the EFM was relatively sedate in comparison to a blockbuster Sundance, this is one of the biggest deals ever to come out of the Berlin market which wrapped last week. In 2016 Paramount paid around $10M for Suburbicon while TWC bought The Imitation Game for $7M in 2014.

Written by Ritchie with Marn Davies and Ivan Atkinson, Bush returns the Brit filmmaker to his Lock, Stock and Two Smoking Barrels and Snatch roots. But with a twist. Ritchie also produces the film which follows a very British drug lord who tries to sell off his highly profitable marijuana empire to a dynasty of Oklahoma billionaires. Currently in post-production, the film is likely to launch later this year.