Charlie Stops by The K&B Show

There are not too many actors that come through the halls of KROQ that both men and women alike will swoon over. Charlie Hunnam is one of them. As Jackson “Jax” Teller on FX’s Sons of Anarchy, Hunnam is the perfect mix of charm and grit, family man and bad ass, and it doesn’t hurt that he’s easy on the eyes and with an accent either.


Part #1:
[audio:https://www.podtrac.com/pts/redirect.mp3/nyc.podcast.play.it/media/d0/d0/d0/dY/dQ/dV/dK/YQVK_3.MP3]
Hunnam had been going to college in England and was studying film with aspirations of being a writer/director, but got an invitation to audition for an acting job (on Queer As Folk), and began acting from there. He figured that he’d learn more about the film making process if he was able to get on a set, and learn things that college wasn’t able to teach him.

Despite there being a lot of acting opportunities in England, he’d always dreamed of himself moving to the States to pursue his career. Quality over quantity has always been an important factor in choosing projects and admits to some “giant periods of unemployment” in between some of the films he’d been in (including Cold Mountain and Children of Men). “At the beginning of an actor’s career, establishing oneself with integrity and building a foundation that will last is most important.”

Sons of Anarchy came after one of those periods of unemployment, but when it came across his desk, he couldn’t turn down the opportunity to play Jax Teller. “The originality of the idea and the story that Kurt [Sutter] was trying to tell was so much more unique and colorful and vivid than the film work I was looking at, so I just jumped at the chance.”

I’ve added a set of 284 and 273 HD logoless captures from the first two episodes of the 4th season of ‘Sons of Anarchy’ into the gallery. 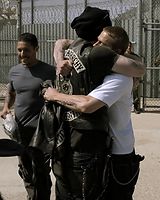 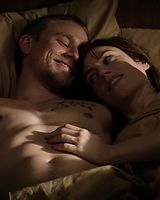 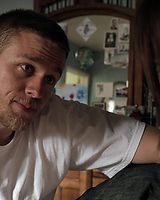 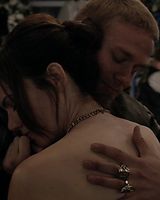 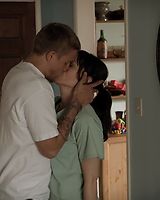 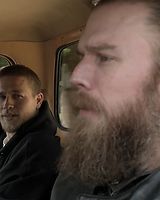 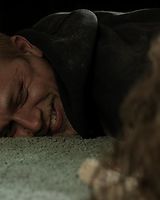 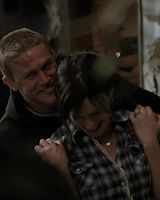 I’ve added high quality stills of Charlie from the first two episodes of the 4th season of ‘Sons of Anarchy’ into the gallery. So far I haven’t seen any from tonight’s episode that feature Charlie. 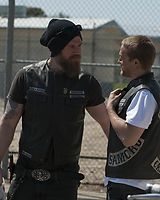 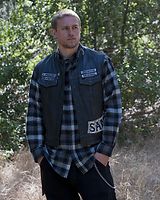 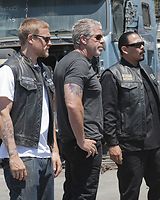 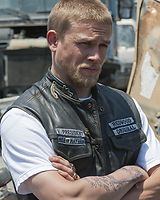 
“This is a really pivotal season,” Hunnam told OnTheRedCarpet.com co-host Rachel Smith at the season 4 premiere red carpet event on August 30. “It’s right in the center of the story that Kurt’s been telling and he had a very clear outline of the story that he wanted to tell over the seven seasons.”

“So I think the first three seasons are kind of the first act and as with all great stories the second act is when, you know, things really hit the fan,” he added. END_OF_DOCUMENT_TOKEN_TO_BE_REPLACED