Charlie was spotted on the set of Sons of Anarchy for the filming of the series finale in San Pedro, California yesterday. Charlie was seen with his fellow cast mates David Labrava, Kim Coates and Tommy Flanagan during and in-between takes. You can view those in our gallery now. 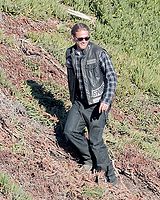 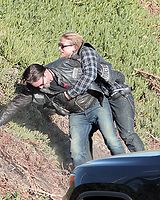 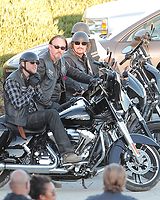 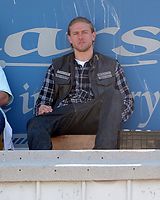 Thanks to my good friend Kieran for the photos! 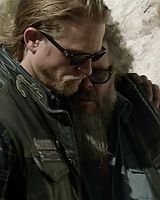 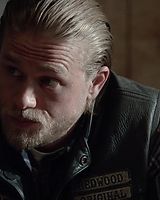 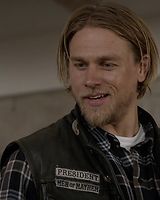 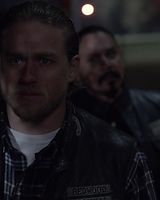 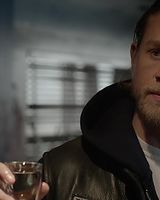 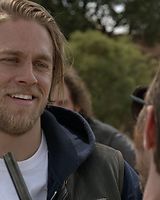 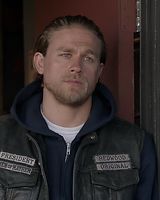 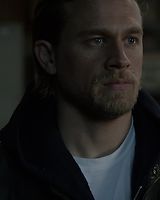 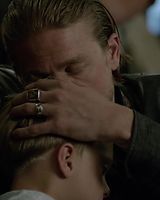 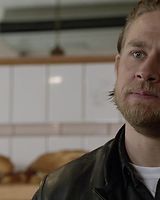 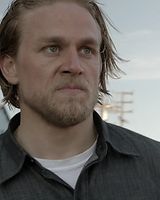 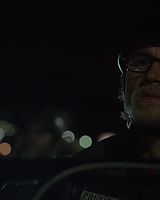 Thanks to my good friend Ali I’ve added scans of Charlie from the latest issue of Entertainment Weekly featuring him and his Sons of Anarchy co-star Katey Sagal on the cover. You can view those in our gallery now! 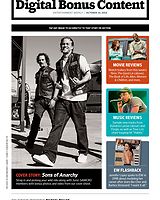 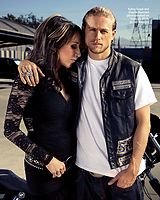 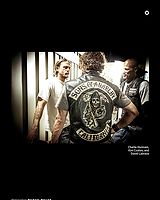 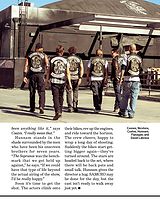 Check out the on-set and behind the scenes photos of Charlie and the cast of Sons of Anarchy as well as quotes from the cast as they reflect on their experience working on the show in the latest issue of Entertainment Weekly! 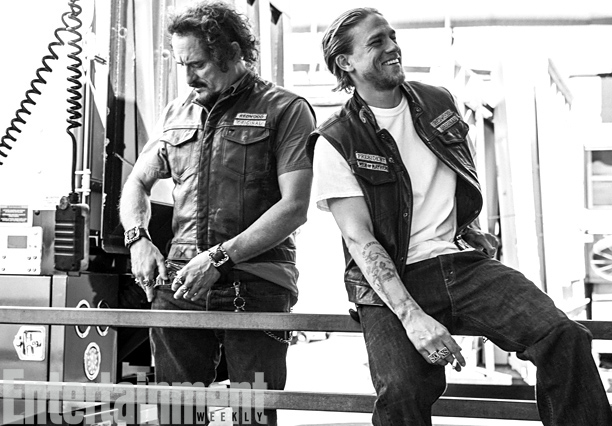 Hunnam, pictured with Kim Coates (Tig), says one of his favorite fan encounters happened when he was killing time outside a shop in East L.A. waiting for new tires to be put on his Harley. ”These two dudes were walking down the road. I could see that I had become the object of their focus, but they weren’t looking particularly friendly. These guys had tattoos on their faces and on their necks, and they were jacked up. I’m a pretty good judge of character like that, and these guys were absolutely 100 percent murderers,” he says. ”They were walking towards me, and sure enough they walk right up to me, no smiles or anything, and I was like, ‘Hey, what’s goin’ on fellas?’ ‘Nah, man, we just wanted to say thank you, homes.’ I said, ‘Thank you for what?’ ‘You keep the hood safe on Tuesday nights.’ Which I thought was pretty deep. I definitely got mad street cred from this show.” 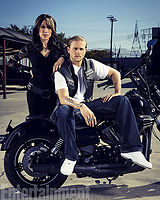 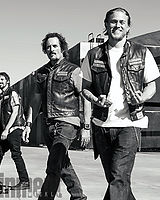 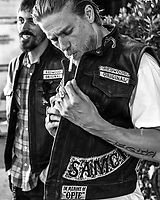 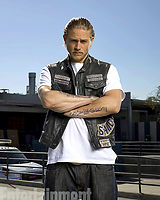 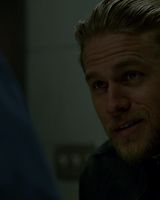 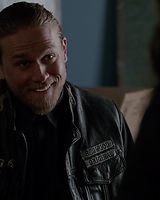 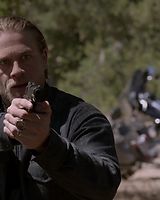 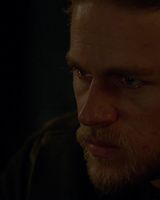