Charles Matthew Hunnam was born on April 10th 1980 in Newcastle upon Tyne, to father William “Billy” Hunnam, a scrap metal merchant, and mother Jane Hunnam, a business owner. His maternal grandmother was the premiere portrait artist in Newcastle. Hunnam was the second child born after brother William “Billy”; he later had two younger half-brothers, Oliver and Christian, on his mother’s side. At the age of 17, Hunnam was discovered in a shoe shop on Christmas Eve while drunkenly clowning around buying shoes for his brother. A production manager for the Newcastle-based children’s show Byker Grove. Charlie was later cast in his first role as Jason for three episodes in August of 1991. At age eighteen, Charlie appeared in many roles including being cast as Brad in the Microsoap television series, Whatever Happened to Harold Smith? as Daz and then later as Wes in My Wonderful Life. All of which came before he was cast in his first major role, one of which was a controversial one as Nathan Maloney, a fifteen year old schoolboy on the Channel 4 drama Queer as Folk in 1999. He then made the decision to relocate to Los Angeles.

His career continued to expand when he landed a recurring role as Gregor Ryder in the WB television network series Young Americans in 2000. He then went on to star in the short-lived FOX series Undeclared as an English drama student called Lloyd Haythe in 2001, which despite critical acclaim, the series was cancelled after only one season. Following his run of guest appearances on television series’ he later moved onto films, where he first appeared in the film Abandon along side Katie Holmes, before being cast as Nicholas Nickleby in the big screen adaptation of Charles Dickens’ novel alongside Anne Hathaway and Jamie Bell, which received a Golden Globe nomination for Best Picture. Both films debuting in the year 2002. In 2003 he was cast as Bosie in the American Civil War love story Cold Mountian, based on the best-selling novel by Charles Frazier starring Nicole Kidman, Jude Law, and Renée Zellweger. He then made his return to the United Kingdom in 2005 to take the lead role as Pete Dunham in Green Street Hooligans where he took on the difficult task of delivering a Cockney accent which earned many jeers from movie critics.

In 2006 he appeared in the film Children of Men as the character of Patric, a member of The Fishes. In 2008, Charlie then went on to land the role that has, if above all else gained him the most reconigition among fans, as Jackson Teller, better known as simply Jax Teller on the original FX Network television series Sons of Anarchy centered around a thirty year old biker struggling to find balance between being a good father and husband while dealing with the violence and chaos that comes from his involvement in a motorcycle club. The show was created by Kurt Sutter which also stars Katey Sagal, Ron Perlman, Maggie Siff, Tommy Flanagan and Kim Coates. The show is currently in its fifth season, as both ratings and viewership continue to increase with each passing season.

Following his growing popularity after being cast as Jax Teller, Charlie went on to land the role of Gavin Nichols in the thriller The Ledge with Liv Tyler, Patrick Wilson and Terrence Howard in 2011. While in 2012 he was cast in the indie film 3,2,1…Frankie Go Boom as Frank Bartlett, a comedy about two brothers and a sex tape starring alongside Chris O’Dowd, Lizzy Caplan, Chris Noth and Sons of Anarchy co-star Ron Perlman. He later went on to star in the film Deadfall, a thriller starring Eric Bana, Olivia Wilde, Sissy Spacek and Kris Kristofferson. In 2013 Hunnam starred as Raleigh Becket in Guillermo del Toro’s sci-fi film Pacific Rim, that opened in July 2013 and grossed $411 million worldwide. On June 2nd 2014, Hunnam was awarded a Huading Award for Best Global Emerging Actor, for his role as Raleigh, due to the film doing very well in the Asian markets. Earlier in the same year, it was announced that Charlie would reunite with del Toro in the horror film Crimson Peak. He will appear alongside Mia Wasikowska, Tom Hiddleston and Jessica Chastain.

In October 2014, with an interview with Entertainment Weekly, Hunnam confirmed his involvement in both Guy Ritchie’s King Arthur and romantic-survival film, The Mountain Between Us. Hunnam also revealed that he was attached to an independent film A Prayer Before Dawn based off the book with the same name, with filming commencing in summer 2015

In addition to his acting talents, Charlie completed his first screenplay entitled VLAD. This project is set up at Summit Entertainment with Eric Feig and Plan B producing, and Anthony Mandler set to direct. 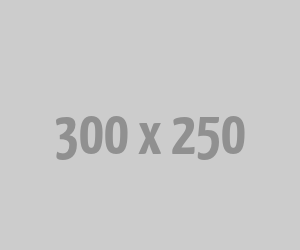