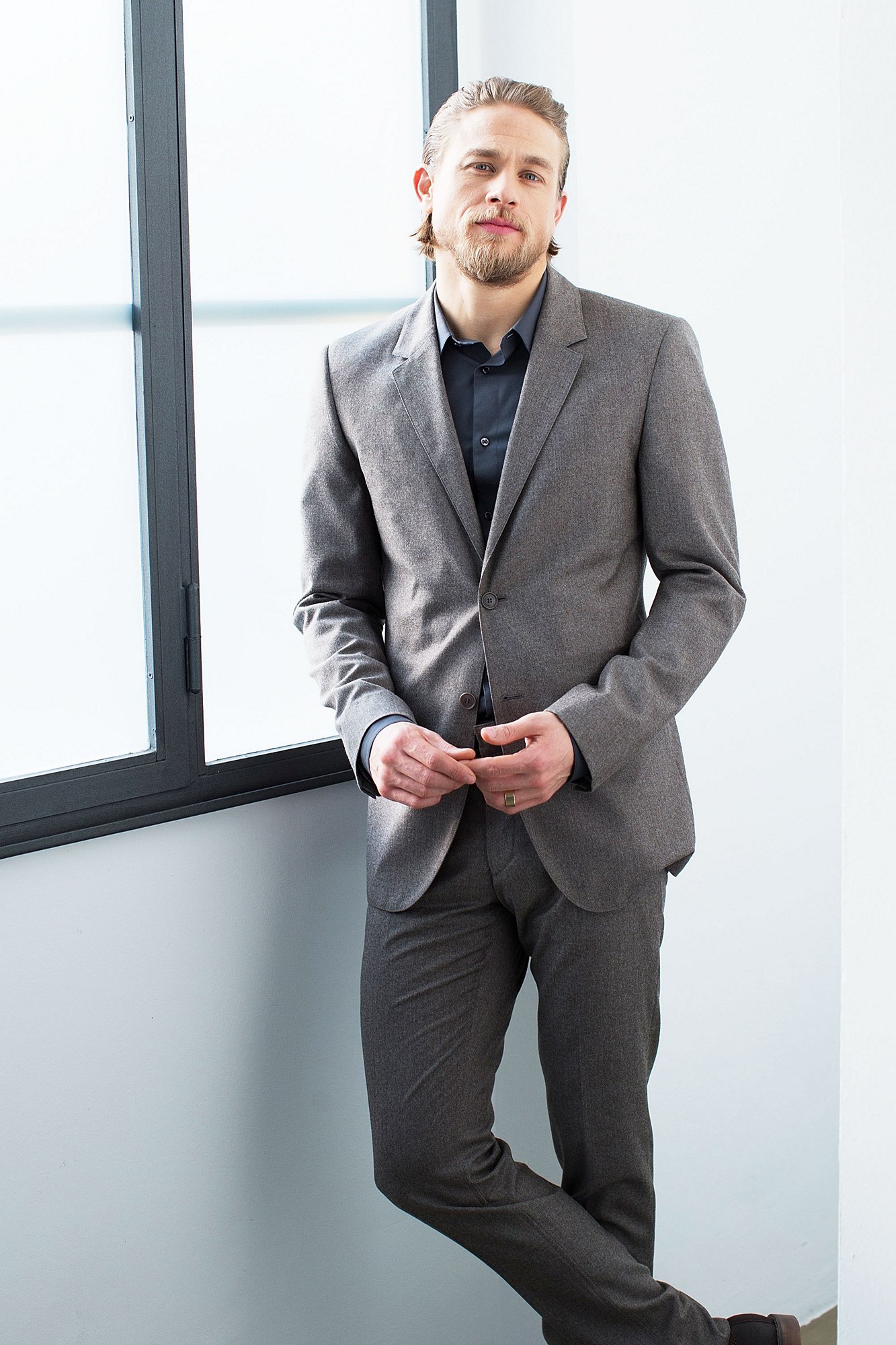 First of all congratulations on the amazing run for Sons Of Anarchy. Did you have any idea it would go this far?
I had no idea. I remember when I got the first script sent to me by my team. I thought immediately, “Has it got this bad? Why are they sending me TV scripts?” They were like, “You really got to read this.” I did and my jaw dropped. They were some of the most daring, original and interesting pages I had ever read. Kurt [Sullor] knew exactly what he was doing.

Did you always know that Jax was going to die in the end?
Kurt and I had a conversation in the beginning of the final season. He was thinking that Jax would probably live through it and I was sort of with him. I was operating under that assumption for the whole season. Then I read the script for episode 7.12, and I read the words “a calm had come over Jax.” I knew immediately that Kurt was planning on killing him after that. I think I said, “Oh my God,” out loud. I knew he was going to kill himself. I was reading those pages and Jax was different. I called Kurt and we had a long conversation. At the end of it we both realized that it would have been more tragic to let him live after what he had gone through. In my heart Jax has found peace.

There’s another benefit to having Jax die, you don’t have to get hounded about reunions for the rest of your career now. Well not exactly, he’s trying to do a prequel, which I would love to see. Kurt is trying to get it going. Did you read that about Brad Pitt maybe playing my dad? Brad Pitt as John Teller. How awesome would that be?

So you’d be down for that as well?
I’m not sure when it would happen though, he’s got another TV show he’s working on. I don’t know if he needs me as a lead actor on that too. I love that guy but it was hard for us to work together sometimes because we’re both crazy fucks. Kurt and I never blasted each other in the face but I’ll say it got close. There has been security rushing onto set and pulling us apart before.

You’re about to work with Guy Ritchie on the new King Arthur movie. How excited are you about that?
I’m thrilled man. I’ve been watching Guy’s movies since he first came on the scene and I think you could say that the King Arthur story is why I got into acting in the first place. I fell in love with the story and would watch any of the movies about that story that played when I was a kid. It’s a real honor to be able to play this role.

Have you already begun sword training?
We’re getting right into it. I’m training hard. Luckily I already have a little experience with sword training for Pacific Rim, we had some intense stick fighting scenes that I had to prepare in that one.

Besides sword fighting are they’re any other great skills that you’ve picked up during your various acting projects?
You know I think one of the most abilities I’ve gained doing what I do is the ability to connect with emotions. After all the work I’ve done I feel like I’m something of an emotion-smith. We have to tap into places on a daily basis that usually people only go in a rare occasion. I’ve gained much in the currency of emotion and maybe the ability to have more control of them.

What did it feel like to be the face of Reveal? Is that the kind of scent you wear on a daily bases?
I wear Reveal. I really like a masculine base. I love scents with Earth notes, something grounded. This all came completely out of the blue; it was the first thing that came to me like this. I’d actually really grown up loving [Calvin Klein] and when I was a kid I had two posters from their campaigns hanging in my room. CK1 and Eternity. It feels perfect to be a part of something that I was staring at on my wall for 10 years.

Now that Sons Of Anarchy is wrapped up do you still get to ride?
I’ll be riding forever. I like riding alone. You don’t have to worry about anyone else keeping up and I like to ride pretty aggressive.

What is your bike?
I ride the same bike that I rode on Sons, a Harley Dyna Super Glide. You know I wish I wasn’t the guy who rode the same bike he rode on his show, but the problem is there’s no better bike out there.

SOA Exclusive: ‘Before the Anarchy’ of Season 5 – Ep 5