That camaraderie deepened while shooting the film, which required the cast to train with Special Forces. “It was great,” reminisces 34-year-old Hedlund. “It was a great thing to go through together, especially when you’re doing a thing about five guys that really deals with a lot of brotherhood and they had all fought and trained together and been familiar with each other and had a very strong bond.” 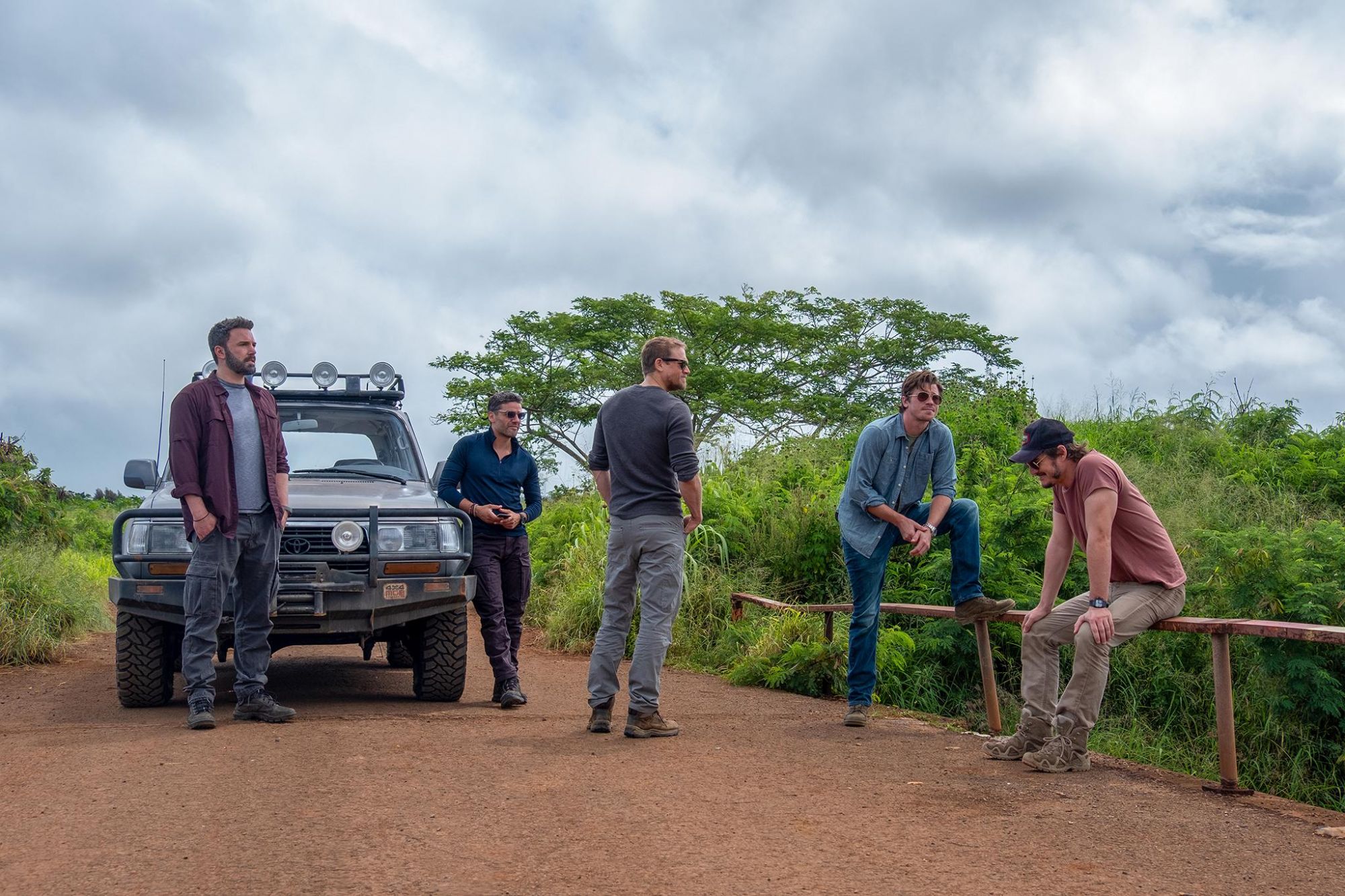 This isn’t Hedlund’s first foray into Netflix territory. Back in 2017, he starred in the critically acclaimed, World War II epic Mudbound, which the streaming giant bought out of Sundance. “[Netflix] showed a great support and really got it out there,” comments the actor. “It’s a situation where it could have been in theaters for a minimal release […] [but] the day that it was released on Netflix, I had friends from all over the world sending messages to me about it, being able to watch it, a lot of family members that don’t live close to a movie theater [were able to] see this film more than any other film I’ve been a part of.”

Clearly disrupting the old Hollywood business model, one ruled by studio heads and monopolized by money, Netflix ushered in an era of change defined by a myriad of diverse streaming networks that offer artists the kinds of jobs that were considered sure failures in an industry highly reliant on big-budget films. “The theatrical business got sort of cannibalized, it go so highly politicized because of the amount of money,” says Hunnam. “The competition got so fierce for the weekends: you basically had to own your weekend and so it really meant that 50 legitimate films a year could come out and the cost of monopolizing a weekend like that, the amount of press money you had to spend [turned it into] this sort of fear-based production mentality and the victim of that was smart, original, adult programming because unless you had some sort of recognition factor, some sort of prior IP that really resonated with a large audience, it was very hard to get these types of movies made.”

Out of the those constraints arose a network dedicated to “opening the film business back up,” says Hunnam, creating an exorbitant amount of new content alongside the ability to actually take some losses. According to Hunnam, Netflix’s business model serves a dual beneficial purpose. On the one hand, “they basically subscribe to author theory, which [means] that there is a filmmaking community but there is one person with one vision at the center of it and they are very hands off.” On the other hand, given that its primary mission is to produce loads of material, it becomes virtually impossible for the network to scrutinize every scene in every production, giving employees even even more liberty.

Hedlund echoes his costar’s sentiments also mentioning the greater access to content by a much wider audience pool than what the film industry is accustomed to. “It was only like eight years ago [that], if you did a film for $30 million and it opened to $15 million but, slowly, over the next three or four weeks possibly made it up to $30 million, it wouldn’t guarantee [a studio’s investment] back,” he explains. “Because they’ve put $30 million in the advertising so, in order to break even, you always had to make double what the budget was. But the classic phrase was ‘Yeah, but we’ll make that back up in DVDs.’” As the actor notes, though, not everyone always had access to DVDs. “I was just shooting a film in a lot of remote areas in Australia, [with] no theaters around,” he recalls. “If you went to a supermarket, there might have been DVDs of a 1980s Steven Seagal film or something like that, they didn’t have access [to a wider range of selections], but everybody [now] is up to par with everything that’s out there because they’ve all been watching Netflix.”

When analyzing the changes that have rocked Hollywood in the 20 years since they first landed in the business, both actors acknowledge that the Internet in general and streaming in specific are only the latest trends to have revolutionized the industry. What is next? “It’s a great question and I could probably be very wealthy if I could predict what that next trend is going to be,” says Hunnam. “It just seems in general to me that there is something fairly radical [happening] and there’s been an acceleration of a trend from a dominance hierarchy to a competence hierarchy, which is great. I feel very optimistic: there was a real sense of pessimism within Hollywood about five, six, seven years ago. It seemed like artists really had something to say and didn’t have the ability to  say it. I just don’t feel that anymore. [Netflix] isn’t the only game in town but they were the first doing it and paved the way for everyone who is now trying to copy their business model. While screaming outrage at Netflix’s behavior, they’re trying to replicate it.”