Coveteur.com — In order for you to completely immerse yourself into this off-the-wall (in the best way possible) conversation, I should first set the scene: It’s some seven days into TIFF—a whirlwind of premieres, shoots, interviews, and after-parties—for us and for practically all of Hollywood that has descended on Toronto. We’ve managed to find a little solitude at Coffee, Oysters & Champagne’s speakeasy behind a discreet door just off the main strip of the festival. It’s calm—until, of course, Charlie Hunnam and Jessica Barden (and their entourage) infiltrate the space. The energy at that moment goes from 0 to 60. It is, excuse my language, a fucking party! But don’t get me wrong, everyone gets down to business—it’s just a grand ol’ time.

Once Barden stops spinning on a suspended Hula-Hoop (it’s being set up for an evening event) and we snapour shots of Hunnam in the shattered-glass booth, the stars of Jungleland—a poignant drama by Max Winkler about two brothers grasping at the American dream—sit down with me to chit-chat about not making a typical boxing movie, toxic masculinity, the awkwardness of watching yourself on-screen, and the lowdown on Hobnobs. 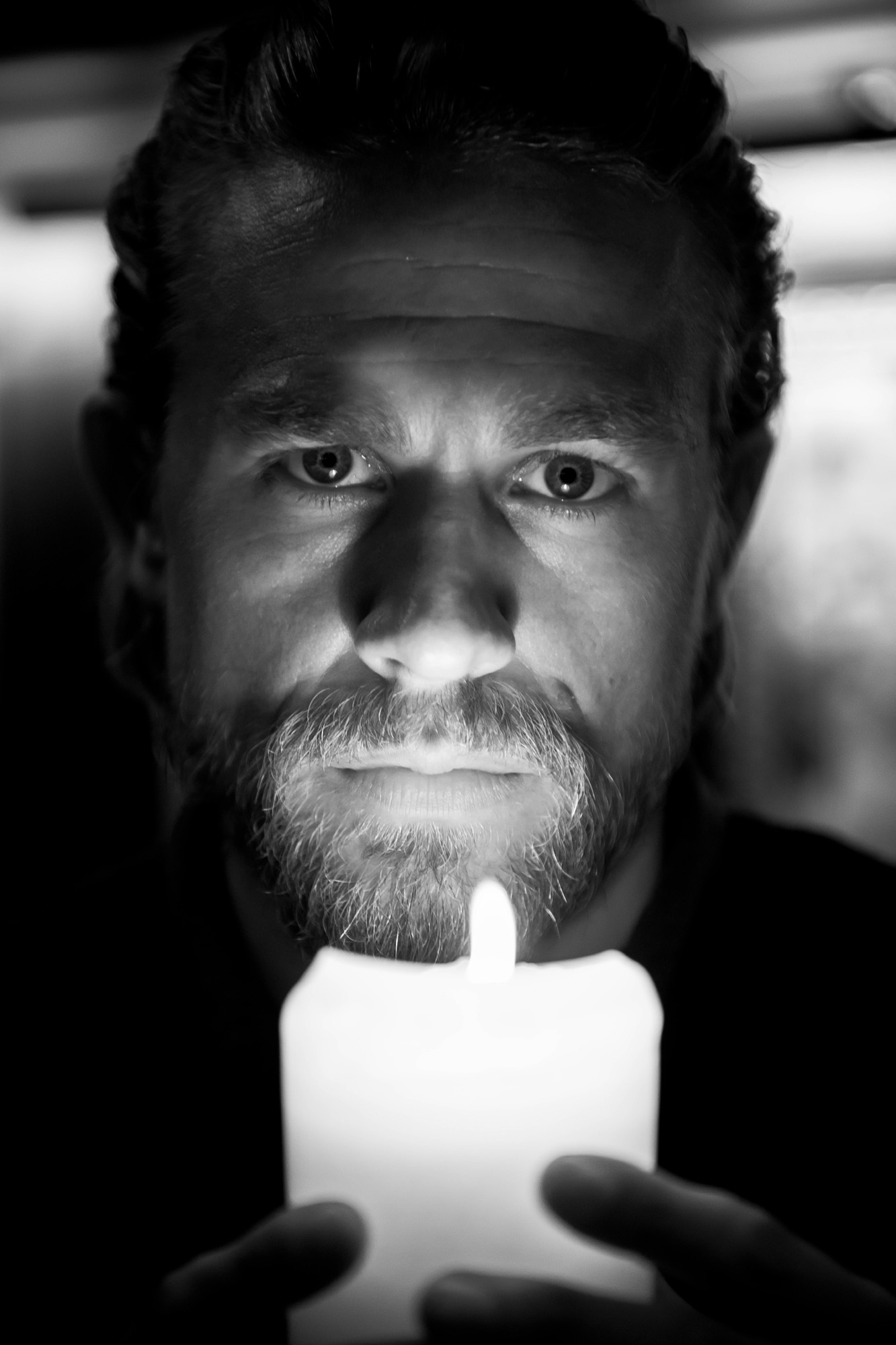 View more in the gallery.

I saw the movie, it was awesome. It’s not your average boxing movie. What drew you both to the script?

Charlie Hunnam: “That it wasn’t your average boxing movie. For me, it was just the originality and singularity of the writing—the quality of the writing and the aspirations. I like the themes; I like the idea of creating an environment that would promote classic masculinity and then subvert the relationship of the two protagonists within that environment. You know, we talked a lot about being careful not to let this cross over into any sort of homo-eroticism, but that it would be very tender and tactile between [the brothers]. They are the entire support system for each other, and part of that is needing to be loved and touched. The other part of it, which is the thing that I get most excited about in any expression of the human condition, is bringing forth your intention for life. Your hope; we all have the right to do that, you know, but not all have the ability to do it. I think that’s something that’s really awesome. Always in my mind, when I see people that are failing to [rise] to their potential…”

Jessica Barden: “Oh my god, is this an intervention? With me? [laughs]”

JB: “I wanted to work with Jack [O’Connell] and Charlie. I’d auditioned for Max [Winkler] before, and he didn’t give me the role, so I wanted to work with him. Also I have two brothers, so I wanted to make a movie that they would be genuinely interested in watching, because I make a lot of things that they’re not interested in. Similarly to what Charlie said, we have this false idea of masculinity in men, and I just think with all the work that we’re doing on female characters and women in this industry, I also wanted to be somebody that was making sure we instilled those same values in male characters and men in the industry as well. Because it only works if everyone is working together to get the same outcome, which is creating content roles which inspire everybody to live in a different way, where it’s not as stereotyped as it has been.”

CH: “It’s a double-sided thing. This theme of masculinity has come up a lot this week. On one side, I feel as though masculinity has taken on this sort of toxic facade over the last few years, and there’s very little appetite for classic masculinity. And I understand that, and I think there is a level of toxicity in classic masculinity, but masculinity unto itself is not something that we should be trying to repress. We need to celebrate and empower the feminine, and I think that within each of us, the feminine and the masculine in both genders needs to be explored and celebrated.

“At the same time, there’s the message of being open. With men being able to be open with each other. I think, in certain parts of the world [like] Newcastle, where I grew up, which is an industrial city, where 95 percent of the people are working-class, there was a culture and dynamic of sort of classic tough masculinity exhibited and not a tradition of talking and confiding in one’s male friends. That element of masculinity where you sort of hold everything in; now [there’s a] terrible trend of suicide. The industry has dried up, and what has replaced that industry is IT. Now they have to answer the phone all day long and get screamed at, and it’s making them feel bad about themselves, and they don’t have the tools or the skill set or cultural permission to be able to say, ‘Listen, I’m hurting, I’m sad, and I’m depressed,’ and they’re looking for a way out. I think [the] vilification of masculinity is not helping that, and we do have to understand that while we empower women and empower the feminine, we also have to understand there’s a lot of dudes out there that are really struggling right now and could do with a little bit of love and support too. So I’m not going to be serious about anything else, but I just wanted to say that.” 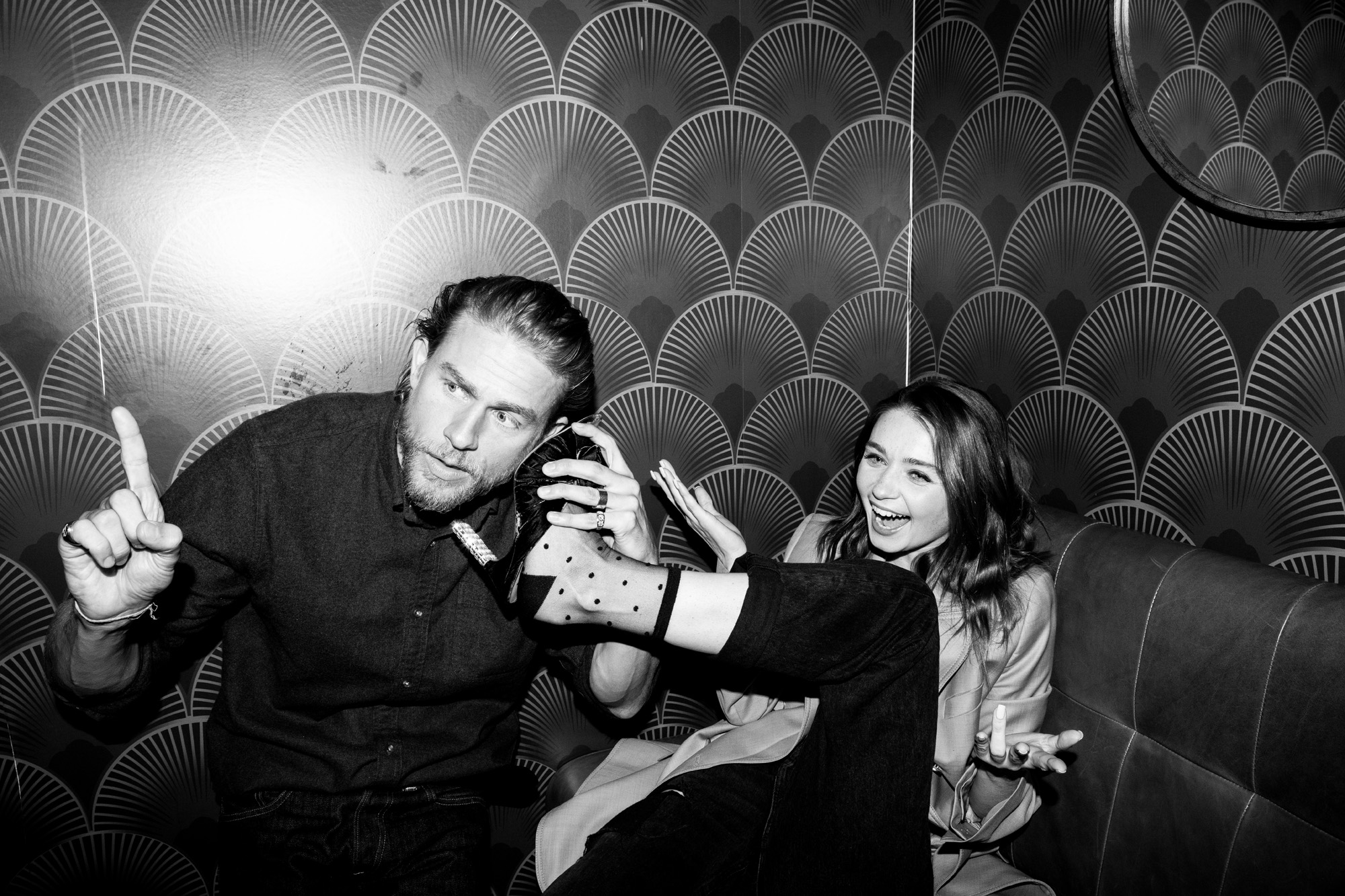 The film is really great:

CH: “I haven’t actually seen the movie yet. I’m really excited to see it tonight.”

You haven’t? Do you find it uncomfortable to see yourself on the big screen?

CH: “It’s funny, I generally don’t watch myself, and I just decided that was going to be my approach for the last four or five years. So I haven’t seen anything. I just worked with Justin Kurzel [on True History of the Kelly Gang], and we’re working very closely together in real time all day, and he was like, ‘Well, fuck, I want you to see this film. You’re gonna see this film,’ and I said, ‘Justin, you know I don’t do that.’ And he said, ‘I don’t care, you’re barely in it, what does it matter to you? We’re working together now, and we need to reference this like in a real way, I need you to see this film.’ So I was like, ‘Fuck, I’ll see the film!’ Then I show up here and Max is like, ‘Really, you watched Kurzel’s films, did you? Interesting…’ So then you break the seal, and now I’m gonna have to start watching all my shit.”

JB: “You have to! You can’t be afraid of yourself.”

CH: “I’m not afraid of myself—I’m afraid of feeling bad about it, but then you deny yourself the possibility to learn from it.”

JB: “Yeah, that’s exactly why I watch myself.”

CH: “Ugh, I don’t wanna learn from my mistakes.”

JB: “But, Charlie, it also just really doesn’t matter if you are bad in a movie or if you make a bad movie.”

CH: “You’re really right. It’s taken me 20 years to learn that, but I just have come to the conclusion that that actually is true.”

JB: “You’ve also had the intense journey of being insanely famous at a young age. I think that changes everything.”

CH: “Why, because you think bigger stakes?”

JB: “The attention—there’s a certain amount of what you can’t do in your career and fail.”

CH: “Honestly, it wasn’t even about that for me. It was about looking at my work and thinking, man, I am not even close to reaching the aspiration.”

JB: “But you won’t know unless you watch it.”

CH: “That’s the thing; I was watching it, and I was feeling like it was upsetting me.”

JB: “Well, that’s literally when you were a kid.”

JB: “I’m 27. I’ll watch all the projects at one time and be like, This was good, this was bad, this is what I would have done differently. I can be really calm and mature about it.” 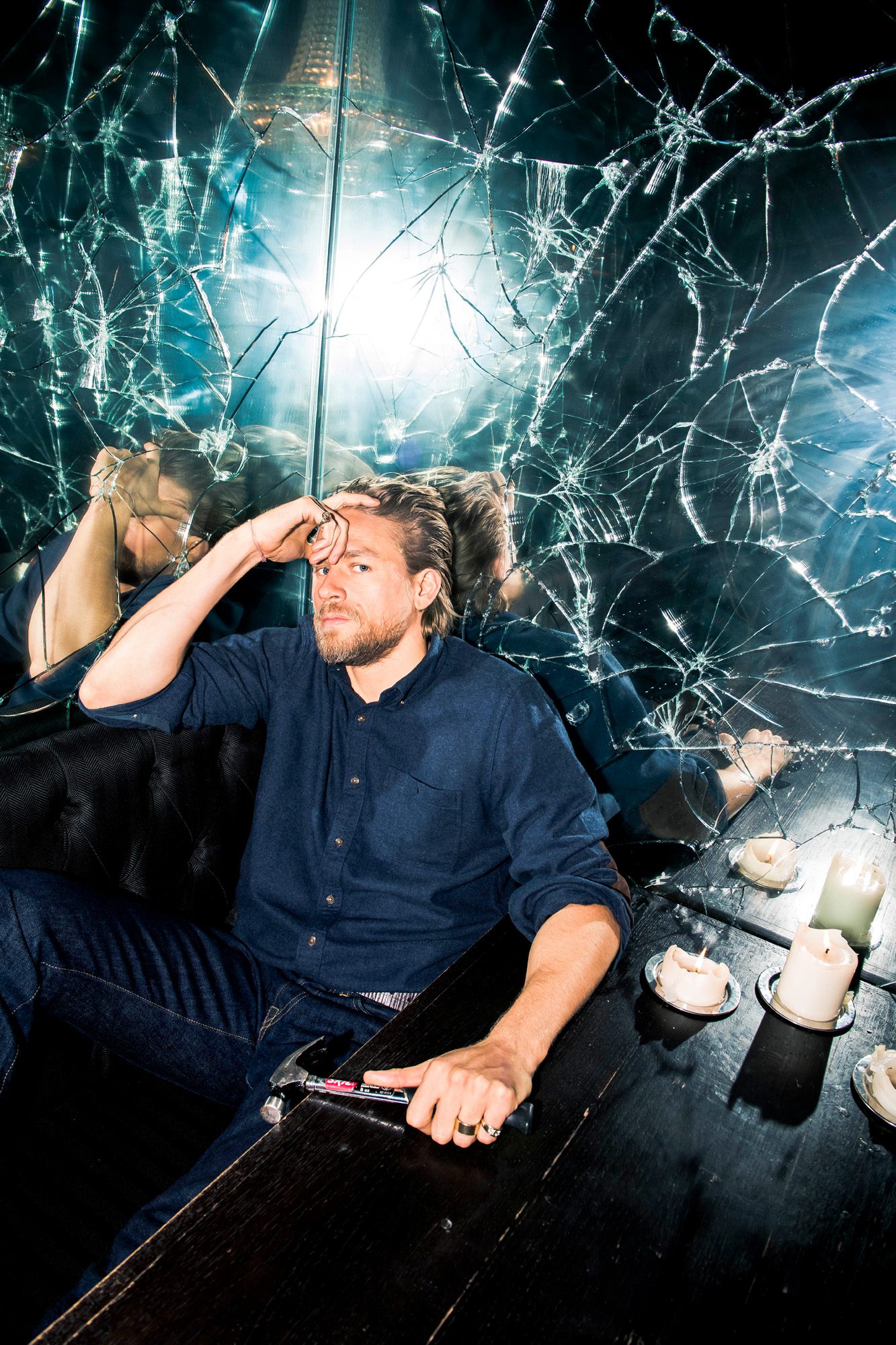 You’re all Brits. What was the most British thing on set?

JB: “Really nice biscuits! I don’t feel like there were a lot of English things that happened.”

CH: “I don’t identify as being British at all.”

CH: “I don’t really identify as being anything.”

I guess that happens when you live out of a suitcase, right? Let’s do some fun questions; what’s a song that always gets you on the dance floor?

JB: “So many! You know that song that goes, I love to love you, baby [by Donna Summers]? I love that song, and I also love ‘Hot Stuff’ as well.”

What about you, Charlie?

JB: “Is that the one that goes like [singing].”

Due to popular demand, another day added to the Lone Star Rally appearance, more VIP Meet & Greets with Charlie!