Photos: Charlie Training On The Beach in Hawaii for ‘Triple Frontier’ (March 25th)

On March 26th, Charlie along with his Triple Frontier co-stars Garrett Hedlund, Oscar Issac, and Pedro Pascal were seen on the beach in Hawaii while training for their upcoming film. Charlie was photographed applying sunscreen before stepping out under the hot sun to work with trainers on the film set.

Triple Frontier about five friends who reunite to take down a South American drug lord is set for release in 2019. 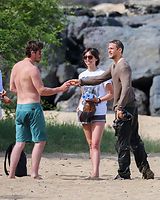 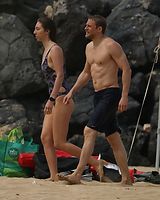 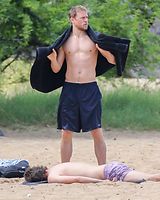 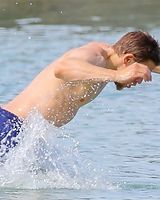 Photos: On the Set of ‘Triple Frontier’ in Hawaii (April-May)