Don’t expect Hunnam to spend much time on a motorcycle in his first series regular role since the biker drama.

EW.com — Charlie Hunnam knows what you’re thinking about the first photo Apple released last month from his new series Shantaram. In the image, the Sons of Anarchy alum sits perched on a motorcycle, looking very much like his former role as outlaw motorcycle club member Jax Teller on the FX drama. But Hunnam’s new character, fugitive Lin Ford, is nothing like Jax. And Shantaram is nothing like Sons of Anarchy.

“I thought that was very cheeky that Apple released that image as the first image,” Hunnam tells EW with a laugh. “I’m on a motorcycle in the show for approximately two minutes maximum over the course of 12 hours, so I hope people don’t get too excited thinking that this is some sort of Sons of Anarchy in India, because that’s not what we’re delivering. The show is so radically different and the characters are so radically different.”

Hunnam stars in the adaptation of the 2003 international best-selling novel from Australian author Gregory David Roberts about Lin’s adventures in 1980s Bombay after escaping prison. Alone in an unfamiliar city, he falls for an enigmatic and intriguing woman while on the run from his past, and soon must choose between freedom or love, and the complications that come with it.

Shantaram marks Hunnam’s first series regular TV gig since Sons of Anarchy wrapped in 2014, and he’s excited to begin this next phase of his career. “I was really a kid when I started Sons, although that grew into feeling quite proud of some of the work that I did in the later seasons,” he says. “I’m just a different person now. I’m north of 40 now, and I’ve been taking stock of who I am and who I would like to be, and the work that I do is certainly an element of that. I think it was an important step for me to challenge myself in those ways. It was very rewarding to push myself out of my comfort zone with this project — I’ve never worked as hard on anything as I’ve worked on this, so I’m nervous and just really excited to see what the reaction will be.” 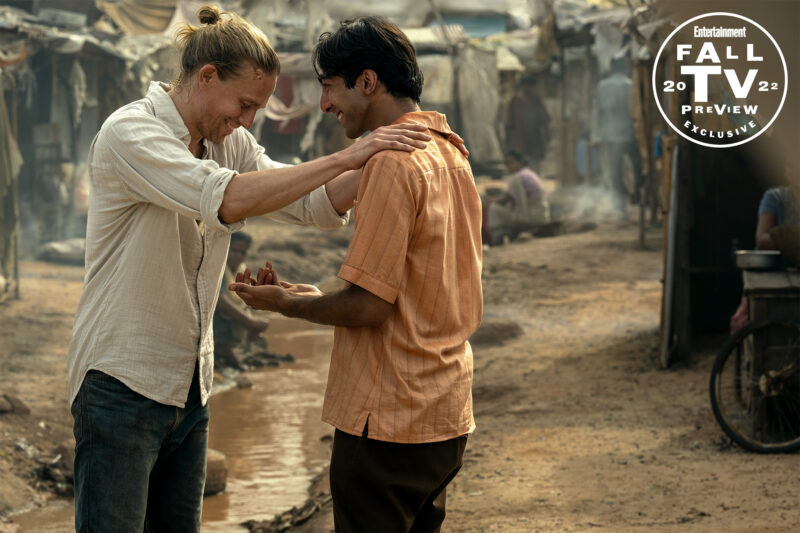 Choosing his first post-Sons series regular role was a big decision, and it’s one that he didn’t take lightly. “I very much enjoy the process of long-form storytelling and the consistency of working with the same cast and the opportunity to play the same character for a long period of time, but when I finished Sons of Anarchy, I needed a break from the rigor of that routine, because it’s pretty arduous shooting television,” he says. “I wanted also to wait until the right thing came along, because it’s such a big commitment. It was in my mind, certainly, to make a return to television if I had the opportunity.”

The road to bringing Shantaram to screen turned out to be a long one. “My journey with this probably started about four years before we went into production,” Hunnam says. “A friend of mine gave me a copy of the book, and I happened to be going to Thailand the next day on vacation and took it with me, which ended up being amazing for me, but not so great for my partner because it’s 936 pages long. I just devoured it on that vacation. I came back from that vacation and said to my friend, who’s a writer and a producer, ‘Can we make this?'”

Hunnam was crushed to discover that a film version of Shantaram had been in the works for years from producer Johnny Depp, but he never gave up hope that he’d be the one to help bring the story to life onscreen. “Warner Brothers owned the rights and had for many years been pursuing a film adaptation of the material, but a couple of years later, they admitted defeat with that process, I think because of the length and complexity of the story,” he says. “It’s really impossible to distill it down to two hours. After many, many noble attempts, Warner Brothers threw in the hat and the rights became available again, so the dream became alive again and here we are.” 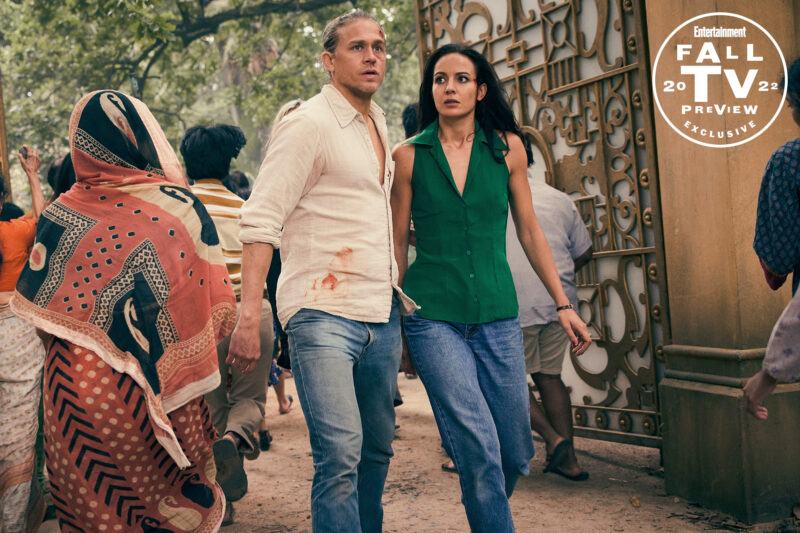 For Hunnam, it was worth the long wait to bring Shantaram to life. “It’s a really magnificently written novel that just exposed me to a world that I’d never seen before, and many different facets of the world of India,” he says. “At its heart, it’s this grand, sweeping, wildly romantic love story, and it’s also a story of great adventure and self-discovery. But for me, what I thought was really ripe for exploration is this conflict between what I call the kingdom of God and the kingdom of gold. Lin finds himself in India on this concurrent journey of spiritual awakening whilst also getting pulled deeper into the realms of organized crime.”

Digging into Lin’s inner conflict between walking on his new spiritual path and simultaneously “rising through an organization that’s ruthlessly capitalistic at its heart” is what really excited Hunnam about the series. But he only just scratches the surface of that story in the first 12 episodes.

“We only get about a third into the text this season, so it really just sets up the world and the major players and some of the conflict,” he adds. “If we’re lucky enough to get a second season, that is when that really will become the central story point. We take Lin into the world where he gets exposed to both of those elements, but the choice between the two, the conflict between the two, doesn’t really become apparent until later.”

The first three episodes of Shantaram premiere Oct. 14 on Apple TV+ before moving to a weekly release through Dec. 16. Check out two exclusive photos from the series above — sans motorcycle.