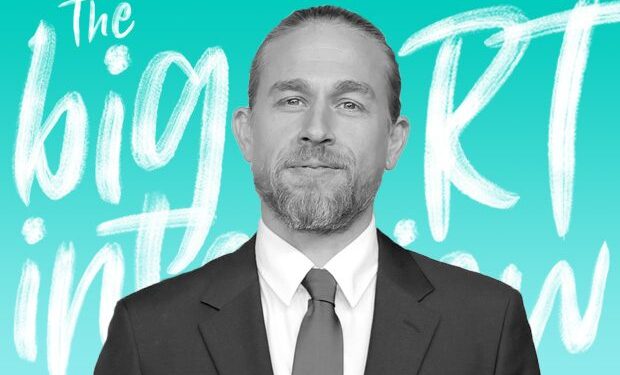 RadioTimes.com — Nearly 25 years after his groundbreaking debut in Queer as Folk, Charlie Hunnam’s zeal for stories that seek to understand the human condition hasn’t wavered. He’s here to talk about his new series Shantaram, an Apple TV+ crime epic set in India, which the Sons of Anarchy star has long had his eyes on.

Based on a partly-fictional 936 page novel by Gregory David Roberts that spans continents, heroin addiction and arms smuggling for mujahideen freedom fighters, Shantaram has been a hot Hollywood property since its publication in 2003. Warner Bros splashed out $2m for the film rights, with Johnny Depp set to star as Lin, an Australian bank robber who breaks out of prison and flees to India. But that didn’t materialise, with Hunnam watching from the sidelines as others attempted to bring his dream project to life for two decades.

“It was always clear why this was an impossible task to adapt for film,” he says of the attempts to squeeze the expansive narrative into just two hours. But then streaming disrupted the film and TV industry as we once knew it, with enormous corporations such as Apple (who has funded the first season to the tune of $100m) wanting in on the entertainment boom.

Reflecting on the shifting industry economics that eventually made it possible to make Shantaram, Hunnam says: “It’s such an odyssey and in a film-centric world, I don’t think it was possible. By the time we nabbed the rights, we were in the golden age of television.” 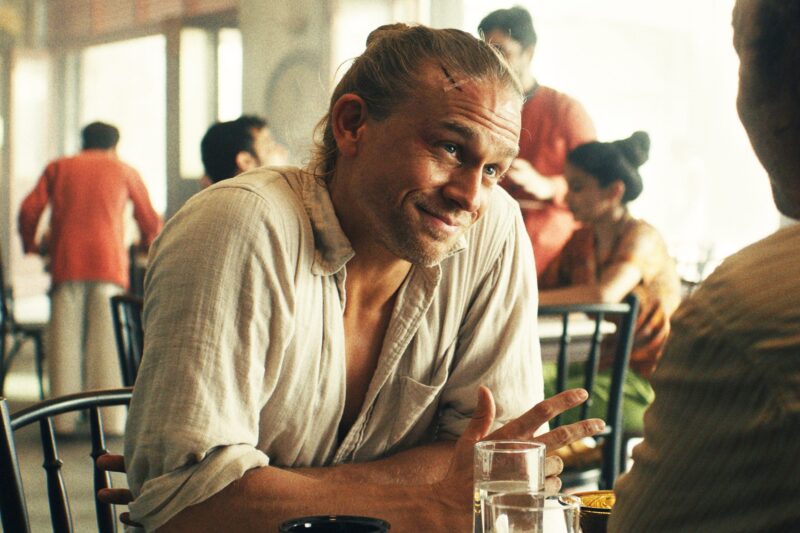 Hunnam describes himself as an actor willing to give himself over entirely to his director and loves nothing more than immersing himself in the inner lives of his characters. “I was possessed by this material,” he says of Lin, who has seen hell but remains hopeful. Due to a COVID-enforced shutdown and a change in showrunner as a result of creative differences between Eric Singer and Apple, Hunnam was given the time and space to interrogate how he wanted to approach the character.

“I had this very powerful conviction that he needed to be a regular guy who had made a mistake that was going to dictate the next decade of his life,” he says. “In the beginning, I wanted him to be stripped down and naked. There were others who wanted to bring elements from later in the novel to earlier in the show, but I rejected that violently because it felt right to me to go on a journey.”

Hunnam remains committed to his vision for Lin but isn’t so sure it will work for everyone: “Whether or not my conviction was right, I don’t know. But it was right for me.”

The level of involvement Hunnam has had in Shantaram is something he’s been pursuing since SoA ended eight years ago. When the crime drama, which was part biker soap opera, part Shakespearean tragedy, concluded its seven-season run in 2014, it was as one of the most-watched shows on cable TV, with Hunnam, the heartthrob, irresistible bad boy, prepped for movie stardom. But with a film career that has had mixed returns commercially, the shadow of SoA looms large.

During our interview, he accidentally calls his Shantaram character Jax, and one of the first images Apple released of Shantaram was of Hunnam sitting atop a bike, a move Hunnam calls “cheeky” given that he rides it for about 30 seconds in total. His affection for the series burns as bright as ever. Just a few days before we speak, he attended a Q&A with the rest of the cast, and he’s also set to attend Liverpool Comic Con next month with a number of his SoA co-stars.

The fan conventions also give him time to reflect on past experiences, something that’s not always easy in an industry that’s always thinking about what’s next. Like SoA creator Kurt Sutter and co-star Ron Perlman, Hunnam confesses that shooting the testosterone-filled Sons, with its brooding characters and weighty themes, did not always make for the most relaxed working environment.

“There was always an element of conflict,” he acknowledges. “It was between everyone, it was inherent. But that was a bit of the magic of that show.”

He’s candid about his behaviour all those years ago: “I’m not fully proud of my conduct through those years and I know Ron wasn’t either, but looking back it was a golden period. I had a beautiful time with Ron last weekend.”

In the years since, Hunnam has been selective about the projects he’s signed up for, collaborating with directors James Gray, Guillermo del Toro and Guy Ritchie, auteurs who all share his fervour for great cinema. “If James Gray did not make movies, he would die because telling stories is intrinsic to who he is,” he says.

Gray’s The Lost City of Z is widely regarded as Hunnam’s best work, an opinion he also shares, but nobody saw the film. Del Toro’s Pacific Rim also underperformed, Ritchie’s King Arthur bombed and Jungleland, a gritty boxing drama, was a casualty of the pandemic.

Hunnam isn’t daft. Cash is king in Hollywood and those films didn’t make much of it, but he doesn’t have any regrets. “I try to divorce myself from the end result as much as possible. It can be an afterthought because I’ve already gone through the experience and what will be will be when it goes out into the world. But The Lost City of Z was the exception to that rule because I love James with all my heart.”

Before the thought fades, Hunnam adds: “I would have loved more people to have seen King Arthur, we had all these dreams of telling the Arthurian legend, but it didn’t manifest.”

As our short time together draws to a close, he makes a surprising confession: “I’m pivoting away – very seriously – into being a full-time writer.” A little known fact about the 42-year-old film theory graduate is that he has been writing his entire life. During his time in Hollywood, he has penned and sold a number of spec scripts which span a range of subjects, from Vlad the Impaler to Gypsy culture in Britain and a biopic about drug lord Edgar Valdez Villarreal AKA La Barbie, none of which have made it to screen. But that hasn’t discouraged him.

What’s he working on now? A comedy. Though best known for his dramatic work, it was Judd Apatow’s sitcom Undeclared which gave him his US break, and it’s an area he has found himself drawn back to. “Comedy is an area I really enjoy and feel comfortable in, but it’s still been a surprise that there’s a strong comedy element to everything I’ve been writing.”

Before we part, Hunnam backtracks ever so slightly on his retirement from acting in favour of pursuing the pen full time: “I still want to act. I just want to be generating my own material.”

The Hunnam faithful can all breathe a sigh of relief.

‘King Arthur: Legend of the Sword’ Coming to Digital & Blu-ray

Sons of Anarchy 4.07 ‘Fruit for the Crows’ Episodic Stills

1 Comment on “Press/Interview: Charlie reflects on his most iconic role and the long road to Apple TV+ epic Shantaram”