SMH.com.au — One thing that has become very clear to me is that Shantaram itself has a spirit,” says Charlie Hunnam. “It is an entity unto itself and it demands to be listened to.” 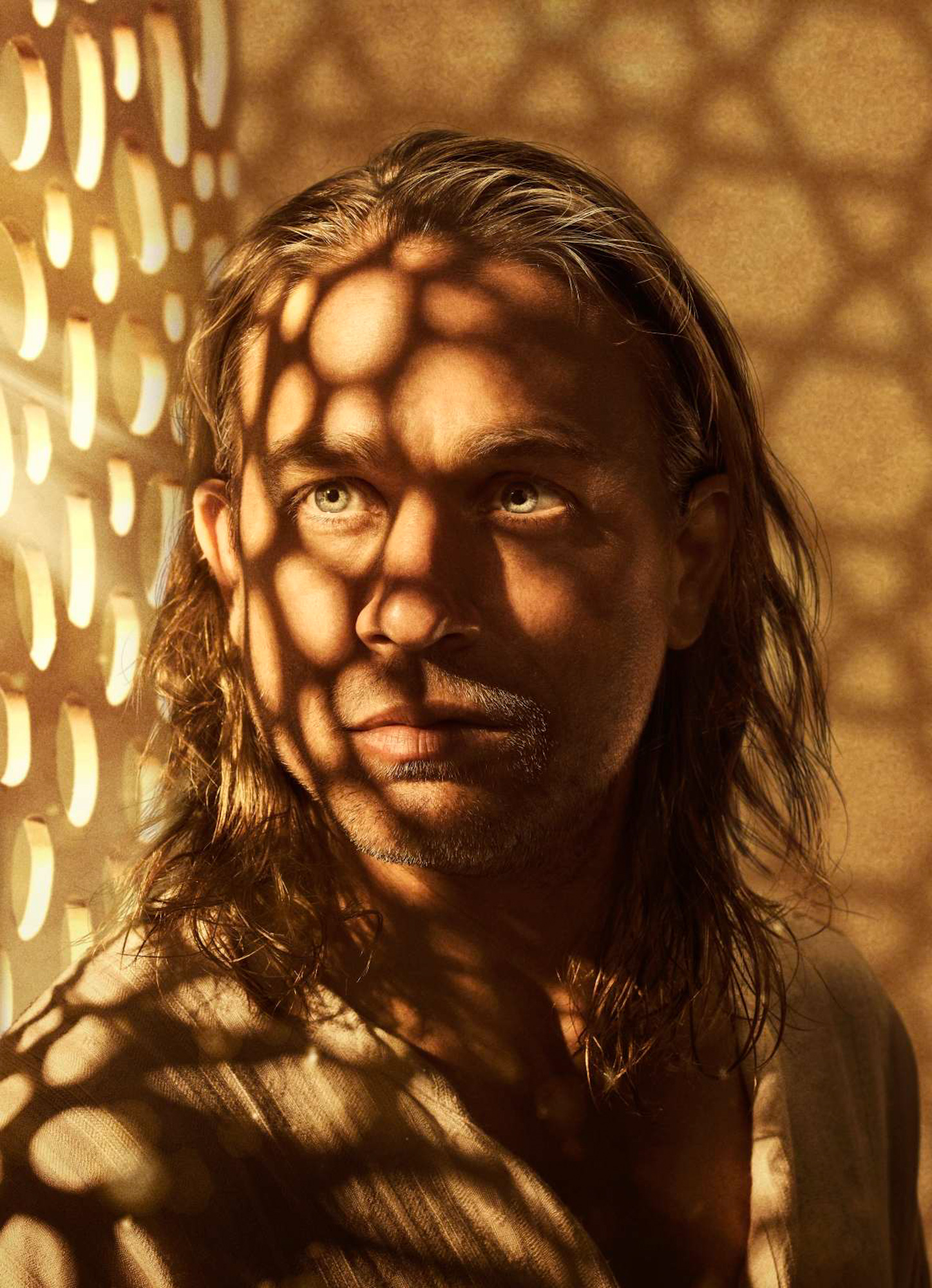 He’s talking about the much-loved book-turned-Apple TV+ series, in which he plays Lin, a former junkie and bank robber who hides out in Bombay after escaping from Melbourne’s Pentridge Prison. And if he’s right, this Shantaram is a very strong-willed entity indeed.

Since 2004, when Warner Bros paid $2 million for the screen rights, there have been multiple failed attempts to film Gregory David Roberts’ fictionalised account of his remarkable life story. Russell Crowe, Joel Edgerton and Johnny Depp were all lined up at one time or another to play Lin. Peter Weir was attached to direct before leaving the project in 2006 because, Warners said, “his interpretation of it differed greatly than that of the studio and producers”.

This 12-part version for Apple – the streamer’s first Australian commission – has had some pretty big issues of its own.

“We have tried to do things, we had such conviction, and the show itself said no, and put up every obstacle,” says Sons of Anarchy star Hunnam, who is also a producer on the project. “Even in the first iteration [we shot], it was Shantaram that said ‘not sure if this is fitting correctly’.”

Announced amid much fanfare with a projected $55 million budget in August 2019 with Justin Kurzel (Snowtown, Nitram) as set-up director and Oscar-nominated screenwriter Eric Warren Singer (American Hustle) as showrunner, the production was two episodes in when it was shut down in February 2020 over concerns that the scripts for the remainder of what was supposed to be a 10-part series were “not ready”.

In May 2021, when production finally resumed, it had a new showrunner, new directors and an entirely new direction.

“We basically started again,” says showrunner Steve Lightfoot, who was brought on to reshape the project into something more palatable for Apple. “The book’s already there, so we certainly built on the foundations of work that team had done, but essentially, you know, we started again.”

According to Hunnam, the Singer-Kurzel version was a much darker rendering of the material than the one that debuts next week.

version of all of us. We all just want to like what we see in the mirror, you know.”

Hunnam says he was “like a moth to a flame” when he first read the book about seven years ago (Singer gave him a copy, thereby luring him onto the project; later, Hunnam gave Kurzel a copy, thus ensnaring him). His belief in it was only strengthened when he met Roberts, whom he calls “a mentor, a brother”, in person.

“We spent four days together in Jamaica,” he says. “He really is as impressive as anyone I’ve ever talked to about the subjects of theology, psychology, philosophy. We slept about two hours a night, and he talked for 22 hours a day. It was like a semester at university over the course of four days. With a lot of marijuana. So unfortunately, I don’t remember all of it. But what I do remember was pretty spectacular. Or so I thought at the time.” 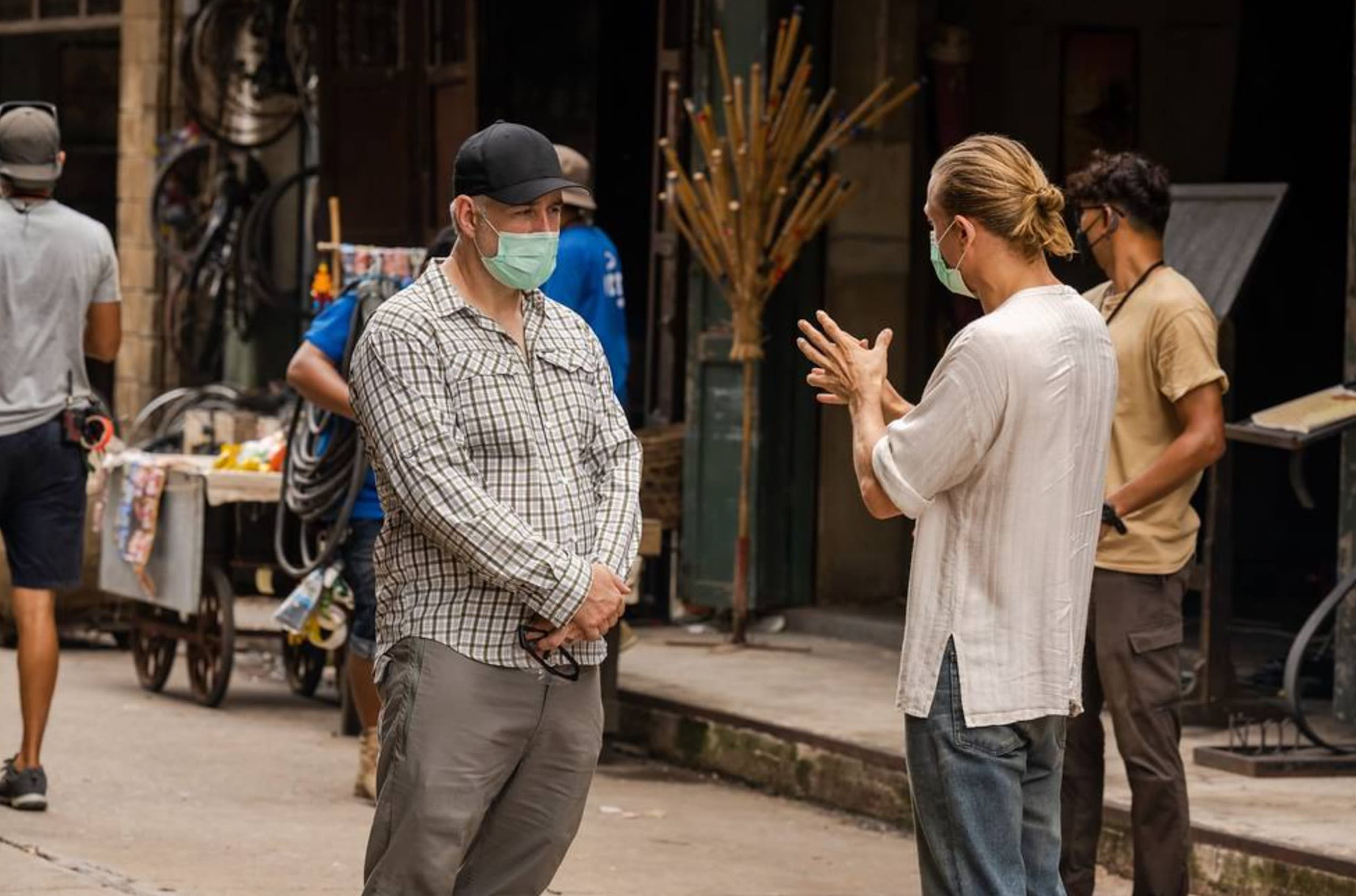 The big theme in the book, and its 2015 sequel The Mountain Shadow, “is navigating the internal duality we all have, the light and darkness of our soul,” says Hunnam. “Ultimately for Lin the thing he most needs to find is where he least wants to look: he’s got to go through the darkness to find the light.”

Even after Singer joined, the production still had plenty of its own darkness to get through. The Kurzel-Singer episodes had shot extensively in Mumbai before COVID shut the production sector down globally, but the Delta variant that hit India especially hard made it impossible for the Lightfoot production to return there. So the slum that is so central to the story was created in Thailand, with many other parts of Mumbai recreated in Melbourne.

But when asked to nominate the biggest challenge the production faced, Lightfoot doesn’t opt for COVID or rewrites or delays or slum building at all. He opts for the rain.

“The tail end of our time in Thailand we hit the monsoons,” he says. “The forecast’s fine and we’d be about to shoot a big fight outdoors and then a thunderstorm would roll in and ruin our day. Maybe it’s the Brit in me but of all the things that were going on in the world I’d say, ‘Oh, it was the weather’.”

Whether you ascribe it to Shantaram having a will or not, there clearly have been many challenges in bringing it to the screen. But hard as it has been, it’s not done yet – certainly not for Hunnam.

“The ambition is to authentically tell the whole story in the best way we can,” he says. “I shouldn’t speculate because I really don’t know, but my sense is that looks like something in the region of 30 to 40 episodes.

“I feel beholden to the spirit of this thing, and we’re trying our best to honour it,” he adds. “The worst dishonour would be to not complete the journey, to not see this thing through, to start it and leave it hanging.

“I’m hopeful that’s not the case we find ourselves in, but that will be for the world to decide.”

Video: Justin Kurzel On ‘True History Of The Kelly Gang’: “In Australia, Ned Kelly Is Made Out To Be A Beacon”

1 Comment on “Press/Interview: “The show itself said no” – Inside Shantaram’s long and troubled road to TV”