“I’d always wanted to write sort of an unconventional love story,” Winkler told us when he came to the Deadline studio, “and this one is about brothers. It’s sort of like the male dramas of American film in the ’70s—Bob Rafelson movies like The King of Marvin Gardens and Five Easy Pieces, and Hal Ashby’s The Last Detail. I love Paul Newman in Hud. I just loved these movies about masculinity, and how we mask our true emotion with these sort of faux facades of toughness, and that, paired with how much I love John Steinbeck’s Of Mice and Men, was the early starting point for me, when I started writing this. I knew I wanted to make a movie about toxic masculinity and brotherhood, [because] this type of love story is not something you see a lot. We sent it to Charlie with our fingers crossed, and it was then that we really started kicking in gear.”

“I play the elder of the two brothers,” said Hunnam, “who is just a really passionate, open, loving dude, who has aspirations that are beyond his station. But he is relentless in his self-belief, and in faith in his brother, that they’re destined for something greater than their meager beginning in life. [That’s] the engine that pushes them through, and really, for me, it was about his existential dread. Y’know, if you start running from the dragon, and allow the dragon to grow, then there’s a certain point it becomes impossible to turn and face it—that’s one of the things that identifies or reveals the fragility of his façade of masculinity. He starts to realize that this is a losing battle, and there’s no recourse, so that’s where the great drama for him comes in: how do we get out of this impossible situation I’ve got us into?”

On September 9th, Charlie arrived in Toronto, Canada for the 2019 Toronto International Film Festival where two of his upcoming films are making their premiere this week. First up, Charlie stopped by the AT&T On Location to discuss Jungleland, later followed by the Variety Studio (will have photos from this event soon!) to talk about The True History of the Kelly Gang.

Later on September 11th, Charlie joined the cast of The True History of the Kelly Gang for their premier. Followed by the premiere of Jungleland on September 12th. 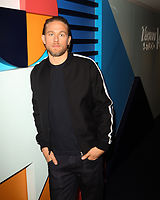 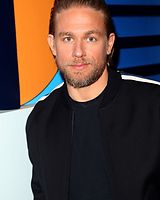 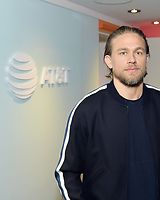 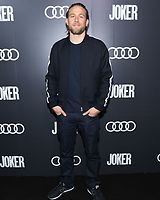 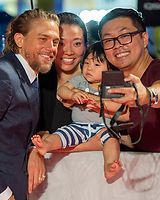 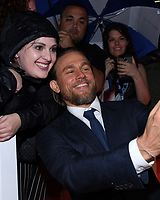 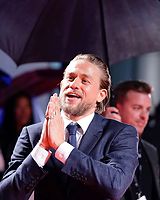 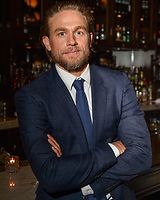 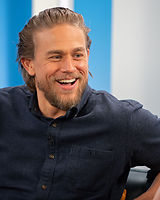 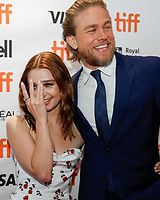 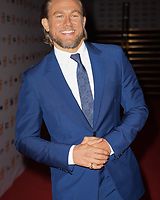 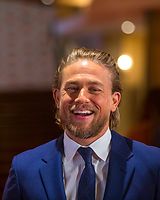 Along the way Charlie sat down to discuss his films in addition to posing for new portraits! 🙂 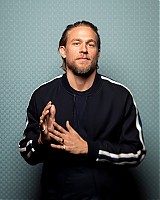 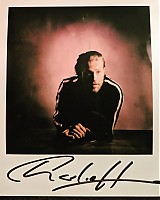 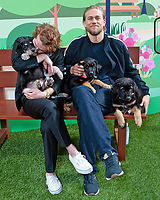 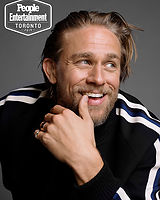 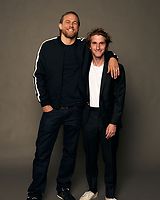 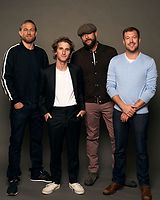 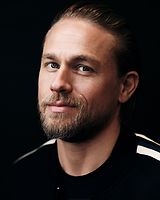 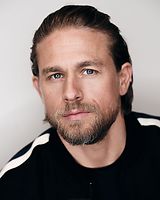 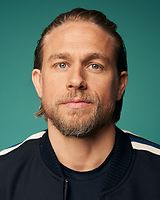 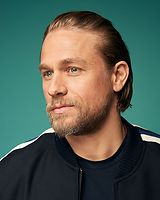 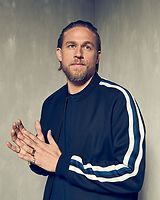 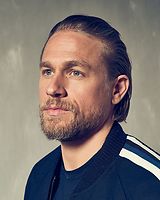 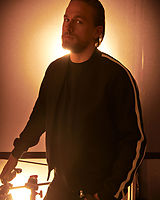 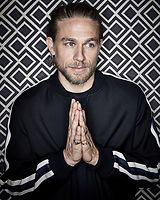 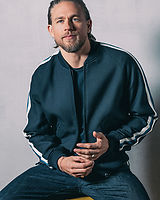 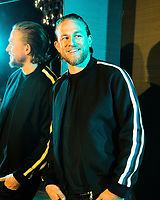 Charlie Talks ‘Papillon’, Bouncing back and filming in Fall River with Boston Herald

BostonHerald.com — Filmed with a hefty solidity that befits an epic tale of survival and escape, the new PAPILLON (BUTTERFLY) starring Charlie Hunnam and Rami Malek is an engrossing adventure story, set in the 1920s French colony of Guiana and adapted from the bestselling memoirs of Devil’s Island prisoner and escapee Henri Charriere.  A 1973 version of the story with Steve McQueen and Dustin Hoffman at the height of their stardom was a massive success. Hunnam put himself thru personal hell, losing 40 pounds to better convey Charriere’s ordeal in solitary confinement — where he spent 8 days in silence.  The British actor remains best known probably for the SONS OF ANARCHY series. Thoughtful, perceptive about the business and the art of what he does, Hunnam, on the phone from LA’s Four Seasons Hotel, is also able to view Hollywood’s premature aging process with a sense of humor.

Q: Can you talk a little bit about why you think now is an ideal time for PAPILLON to come back?

Charlie Hunnam: I don’t know if there is necessarily an ideal time specifically, or if it was about it being an ideal time to tackle this material again. I think there was just a creative aspiration from the filmmaker to tell the story again. That’s really I think the key ingredient to making something interesting, is just having a director with a really clear vision who is excited and passionate about telling the story, and then assembles his team of like-minded people.

One of the things that we had discussed a little bit that makes it a little bit relevant to this time is wanting to explore the modern state of the American prison system and how it’s all been privatized and monetized over the last 20 years. Obviously French Guiana was, although not a privatized prison system, they had specifically sent those people out there to create an infrastructure in French Guiana to be able to make that place desirable for mass migration and immigration to that part of the world from mainland France. We thought that was something interesting that made it particularly culturally relevant right now, at least to an American audience.

Q: The workers have no choice. They’re sent there and they’re building this infrastructure without getting paid.

CH: Yeah, and they needed an enormous workforce in order to achieve the plan that they had and the timeframe that they had set out.  So just like the privatization and the building of these massive prisons, there’s a direct correlation in America to a big prison being built in an area and then just this clampdown on all crime in a hyper-vigilant way, in order to satisfy the demand of the cost of that prison to be run. Sort of the same thing was happening in France. They needed more workers than they had available through this avenue of enrollment, if you’d say, and got very, very fast and loose with giving out large sentences that would qualify for the mandate of what it would take to send these prisoners out to French Guiana. There’s definitely some similarities between those systems.

Q: How would you say specifically this film is different from the PAPILLON that Franklin J. Schaffner made in what was it, 1973?

CH: Again, I look at filmmaking acutely as a director’s medium. So the biggest single difference for me is a difference in sensibility of the filmmakers. Michael [Noer from Denmark] has a very modern sensibility. He comes from a documentary background and he has that hyper-real approach to filmmaking. His sensibility is very, very grounded and sort of true-life based. I think that’s the most singular difference for me. When I spoke to Michael Noer, I came into this project as a big fan of his, and that was the thing that got me most excited about the idea of working with him was the way he was talking about tackling the process. It was very free form. With no rehearsal.  Just trying to create an environment that feels as authentic as possible. Obviously it’s always a challenge with projects like PAPILLON just to figure out how to at least synthesize or approximate the experience that these men went through in a safe way that would inform us at least a little bit. It’s always going to be incredibly superficial compared to obviously what these men had to endure in reality. But the few things that we had discussed in terms of his process approach were quite exciting and got me really excited about working with him.

Q: That’s amazing. I had no idea that he was somebody who liked to say, “O.k. guys, let’s shoot and see what we come up with now”, rather than painstaking rehearsals.

CH: I think he went into his first couple of feature films with no script at all. He’s kind of like Mike Leigh in that way. When he did his film NORTHWEST, which for me is his best film (at least maybe prior to this one), he had this idea of a story about two brothers in Copenhagen that had aspirations to create a little criminal empire.  He hired two brothers from the neighborhood that they were shooting in, and shot in their house and hired their mom to play their mom. That was definitely his approach. Now he had to broaden it a little bit for this, because it was a much, much bigger scope and there’s a certain responsibility when you get entrusted with a much bigger budget like that, where the process can’t be quite as free form and fluid as you can be when you don’t have to answer to anybody.  But he still applies as much as that sort of renegade spirit as he could.

Q: Do you feel you accessed more information about Henri Charriere, who wrote his memoirs in two books, than you could put in this movie?

CH: The book that I referenced and kept going back to over and over was actually neither of the Henri Charriere PAPILLON books. I was much more interested in a book called THE DRY GUILLOTINE by Rene Belbenoit, which is an amazing account of another Henri man who was in the French Guiana prison system.  He was a journalist, so he had a much more analytical and journalistic approach to documenting his time and so for us to really understand — I mean PAPILLON is a wonderful narrative and beautifully written and really fun to read, but it’s an action adventure. THE DRY GUILLOTINE is a much more academic piece. Within that, you get a much more visceral experience through his writing of what it must have been like to be in French Guiana. That to me was the heat of it, just to try to create some sense of transportation into this environment. That’s I think what I got so excited about working with Michael Noer on this, because for him, it was all about trying to create an environment and trying to create an experience that would feel quite visceral for the audience. END_OF_DOCUMENT_TOKEN_TO_BE_REPLACED

A reluctant bareknuckle boxer (O’Connell) and his brother (Hunnam) must travel across the country for one last fight, but an unexpected travel companion (Barden) exposes the cracks in their bond along the way. Deadline revealed the cast was in talks when it broke Daly’s move from longtime RSA head to become producer.